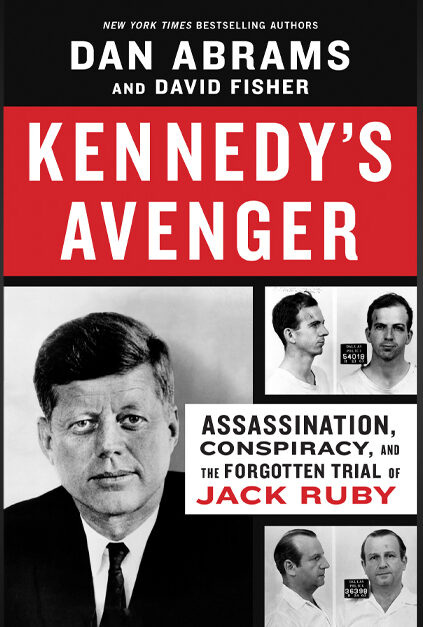 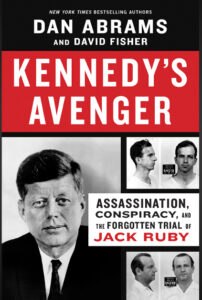 “While the world knew about nightclub owner Jack Ruby killing Kennedy assassin Lee Harvey Oswald live on national TV, few knew about Ruby’s actual trial. And what an amazing trial it was,” Abrams and Fisher told LawandCrime who covered the book’s announcement.

“Witnesses included a world famous boxing champion, ‘strip tease dancers’ from Ruby’s club and the police detective who had been shackled to Oswald when he was shot. Ruby’s lawyer was arguably the most famous and flamboyant attorney in the country and chose a bizarre defense to try to save his client.” The authors went on to note that “some of the curious trial testimony even fueled the rapidly growing conspiracy theories surrounding the Kennedy assassination.”

Kennedy’s Avenger is the fourth book from Abrams and Fisher to highlight an important legal trial in American history. “Each of our books has combined colorful characters, memorable events and actual courtroom transcripts to tell a story of our Presidents to be, or former Presidents involved in major trials often forgotten to history,” Abrams and Fisher told LawandCrime. “In doing so we’ve also followed the development of the American legal system from the 18th century into the 20th.”

Previous books from the writing duo include New York Times’ bestsellers: Lincoln’s Last Trial: The Murder Case That Propelled Him to the Presidency, Theodore Roosevelt for the Defense: The Courtroom Battle to Save his Legacy, and John Adams Under Fire: The Founding Father’s Fight for Justice in the Boston Massacre Murder Trial.

Kennedy’s Avenger is available for pre-order now at Amazon, Barnes and Noble, and wherever books are sold.