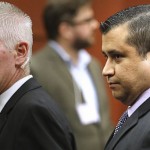 In an abc.com article, Dan discusses the legal disadvantage the prosecution had in the trial because of the controversial, Stand Your Ground law.  Dan says, “Now there has been some confusion over whether this law is unique to Florida.  The answer is no.  The controversial part of Florida law, known as Stand Your Ground, which could have offered Zimmerman immunity from prosecution, was waived by the defense pre-trial.  Instead, they argued classic self-defense with a law and legal burden similar to that of every state in the nation.  Except Ohio.  In the Buckeye State, rather than forcing the prosecution to prove beyond a reasonable doubt that it was not self defense, the defendant adopts that legal burden.  It is the defense that has to prove it’s more likely than not that self defense was justified (unless it occurs in your home).”  Read the full piece here.