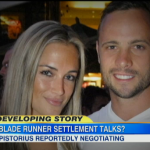 Dan appeared on Good Morning America, Tuesday, January 21st to discuss the potential settlement in the civil trial of Oscar Pistorius, the olympic athlete due in court for the shooting and killing of his girlfriend, Reeva Steenkamp. The fact that the civil suit may be settled before the criminal trial is unusual and could be beneficial for Pistorius. Says Dan, ” It would be a huge win for Pistorius if he could put aside the civil case. Remember, there are two tracks here, there’s criminal; that is the state going after him, civil is a personal battle, which is the family members versus Pistorius. If he can end that, particularly  for something like, $200,000 dollars that’s a huge win for him. The question would be why would the family, why would  her family want to cut that deal now?” Watch the full clip here.