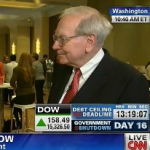 From Mediaite: What does Warren Buffett have to say about the country’s current economic state? Mediaite answers, “Berkshire Hathaway CEO Warren Buffett told CNN on Wednesday that the debt ceiling should no longer be used as leverage by members of Congress to address spending issues. He said that the Congress should approve a ‘long-term’ increase in the ceiling, but the most optimal outcome would be to eliminate it entirely. ‘I am concerned about kicking the can down the road,’ Buffett said, ‘But the can should disappear, I mean, in terms of the debt ceiling.’ ‘The idea that you’re going to just reenact this present scenario two months from now is crazy,’ he added.” Read the story here. 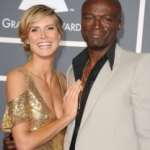 From Gossip Cop: Are Heidi Klum and Seal getting back together? Gossip Cop reports, “Heidi Klum and Seal are NOT reconciling, despite speculation fueled this week by photos of the exes kissing each other. The pair, who had a bitter separation last year, were photographed sharing a smooch over the weekend at their daughter Lou’s 4th birthday party. Not surprisingly, the pics sparked a flurry of sensational reports from clueless outlets that said the supermodel and singer may be getting back together. Since Gossip Cop doesn’t just look at pictures and jump to conclusions, we checked in with a source close to the pair who tells us that all reconciliation talk is wrong. ‘Complete and total bullish*t,’ adds our rock-solid insider, stressing that there’s ‘no chance’ Klum and Seal will reunite. Furthermore, we hear Klum is still dating bodyguard Martin Kristen. Case closed.” See the story here. 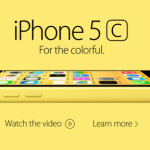 From Geekosystem: How are the iPhone 5’s faring? Geekosystem answers, “Remember how the 5C was touted as a colorful, cheaper option to the iPhone 5S that everybody was going to want for themselves? Eh. Apparently it’s not as popular as Apple was hoping, because they just told two of their biggest producers that they’ll be drastically reducing their orders of the 5C for the forth quarter. Trouble in iParadise, maybe? Earlier this month, as Dow Jones Newswires first reported, both Foxconn and Pegatron Corp were both told by Apple that the tech company would be reducing shipments of the iPhone 5C for the period from October through December. Pegatron, which assembles two thirds of all iPhones will be cutting down less than 20%, while Foxconn, who manages the last third, will also be losing a third of their orders. A third unnamed components supplier had their parts order cut by almost 50%.” Read the whole story here. 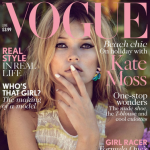 From Styleite: The style site is reporting on Kate Moss’s latest project. Writes Styleite, “Kate Moss, who has 33 British Voguecovers to her name, is joining the magazine as a contributing fashion editor. Her first story will be featured in the forthcoming spring issue, with her choice of models and photographers. ‘I am absolutely delighted that Kate is going to work with us in this new role,’ said Alexandra Shulman, editor in chief of British Vogue. ‘Her undoubtedly brilliant sense of style, depth of fashion knowledge and understanding of what makes a wonderful image will be exciting to see on the pages of British Vogue. I am really looking forward to working with her on ideas.'” Read on here. 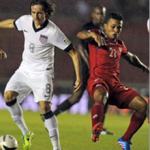 From SportsGrid: What’s going on with soccer? SportsGrid answers, “If the U.S. men’s soccer team had qualified for the World Cup and Mexico didn’t, we have no doubt that it would have somehow screwed with the equator and thrown off the rotation of the Earth, causing us to hurtle directly into the sun. So we’re glad that things worked out. It happened late tonight, as the U.S. staged a late comeback to beat host Panama, 3-2, in their final CONCACAF World Cup qualifier. The U.S. had already qualified, and benched many of its starters, with a pair of stoppage time goals by Graham Zusi and Aron Johannsson winning it. Panama, which has never been in the World Cup, is now out.” Read more, including how it saved them $600 million, here. 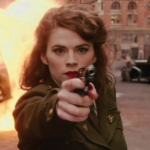 From The Mary Sue: Is this news too good to be true? Writes the Mary Sue, “Marvel might be putting together four new TV shows, you say? And a miniseries? For a total of 60 new episodes? Man, I’m not sure what show I want them to—*coughAgentCartercough* This is the rumor-iest of rumors: It comes from Deadline’s Nellie Andreeva, who says no one at Marvel Studios will breathe a word of it lest Disney come along and take their firstborn child. It could be that Marvel’s planning something so awesome that utmost secrecy is required. Or it could be nothing at all. Says Andreeva: ‘I hear that Marvel is quietly putting together a package of four drama series and a miniseries — a total of some 60 episodes — that would be taken out to the VOD and cable space, with Netflix, Amazon and WGN America rumored as potential candidates.'” Read more of what she had to say here. 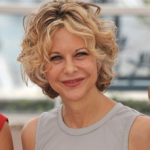 From The Jane Dough: New NBC comedies are featuring some awesome ladies. The Jane Dough reports, “Lions and tigers and movie stars selling half-hour single-camera comedies to NBC! Oh my! The network buying season continues to wage on like your mother with a Walmart layaway account and NBC has picked up a pair of comedies from two big-name actors: Meg Ryan and Susan Sarandon. Your mother only has underwear and Nikita: The Complete Second Season in her cart. To-may-to; To-mah-to. According to The Hollywood Reporter, Ryan will executive produce and star in the new TV project from Family Ties Emmy nominee Marc Lawrence. The Sleepless in Seattle star will play a single mom who returns to her hotshot publishing job to discover she now works for her former intern… Joining Ryan at the Peacock Network are Susan Sarandon and her actress-daughter Eva Amurri Martino whose mother-daughter comedy scored a pilot production commitment. Called Growing Ivy, the series will center around a young workaholic who is forced to reorganize her life after her eccentric mother moves in.” Read more about the shows here. 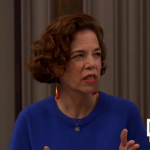 From The Braiser: What’s on Food TV tonight? The Braiser answers, “Now, now, chefs. Dana Cowin isn’t an evil, heartless little gremlin. She’s simply trying to highlight that there are certain overhyped ingredients and food trends that need to take a rest for a little while. As a self-identified Food Person, don’t you grow weary of your friends slobbering themselves over every little bacon dish? Imagine how the editor of Food & Wine Magazine feels. For tonight’s Top Chef: New Orleans Quickfire, the contestants draw knives with some Dana-scorned food trend on them, trying to prove that they’re still worthy of being on a menu. Her dislike for dumping an egg on top of everything, though, is making some of the chefs sad.” See a sneak peek of the Quickfire here.