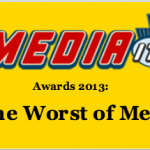 From Mediaite: Mediaite has come out with it’s inaugural edition of Mediaite Awards! Mediaite gives it’s pick of 2013’s best and worst in media. Reports Mediaite, “As 2013 comes to close, so goes another chapter of media history. Amid a sea of great reporting and glimmering hopes for the future of media, there was also the partisan hackery, the false reporting, and the cable news manufactured outrage. Let’s call it the WORST in media. As a staff of writers with a very diverse set of political and cultural views, we realized it would be impossible to summit and come up with a uniform answer for each category of worst-ness. As such, you will find our individual writers’ picks below.Occasionally you’ll notice a nomination in link form. That hyperlinked material should serve as our individual “explanation” for the aforementioned pick.” Check out some details and the worst winners here. 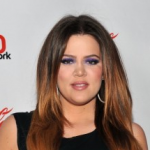 From Gossip Cop: Khloe Kardashian finally breaks her silence about her divorce from husband, Lamar Odom. Reports Gossip Cop, “Khloe Kardashian has broken her silence on her split from Lamar Odom. The reality star, who filed for divorce from Odom last Friday, tweeted on Wednesday, “This, in and of itself, is heart breaking and torture to my soul.” Kardashian seemingly went on to address new reports linking her to other men, such as Matt Kemp and The Game, writing, “Please, I don’t need the extra rumors and BS right now.” Gossip Cop is told it’s NOT true that the onetime “X Factor” host is romantically involved with either man. Get more details here. 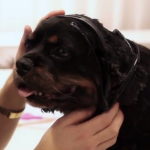 From Geekosystem: “No More Woof” wants to read your dog’s mind and translate its thoughts into language. What is this new product and how does it work? Geekosystem reports, “Over on Indiegogo, you can see one of the most bizarre and oddly enticing gadgets to ever compete for your investment. No More Woof is an EEG headset that aims to translate dog thought patterns into human language. Finally, your dog will be able to tell you, “I need to pee,” and, “You won’t believe what that other dog’s butt smells like.” This isn’t even the weirdest invention its creators, the Scandanavian research lab NSID, have ever come up with. They’re also responsible for the iRock, which is a rocking chair that charges your Apple devices, and the Fly Lamp, which is a hovering lamp that follows you around. (If the Fly Lamp also shouts “Hey! Listen!” and points out your enemies’ weaknesses, we’re sold.)” Check out more about this invention and follow it’s development here. 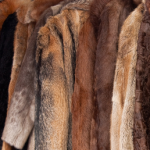 From Styleite: Is PETA giving away fur coats now? Styleite has the story. ” It’s no secret that PETA, while holding the best interests of furry bunnies and circus elephants close to heart, hasn’t always treated other mammals — specifically, of human women — in so commendable a fashion. But the organization is now eschewing their holy trinity of sensationalism, sexism and fat-shaming for an initiative that actually sounds kind of… Nice. Kind. Compassionate, if you will. The new scheme involves giving fur coats to people in abject poverty. Kicking off in PETA’s home base of Detroit, one of America’s poorest regions and one current in the grips of sub-zero temperatures, they’re encouraging wealthier locals to donate furs and leathers they no longer wish to wear to those less fortunate. “PETA has long said that only people who are truly struggling to survive have any excuse for wearing fur, and on Monday, with temperatures well below freezing, we drove that point home,” the organisation said on its website.” Get the rest of the story here. 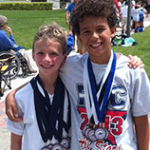 From SportsGrid: A young swimmer makes a selfless gesture to a fallen rival. This story will definitely make your day. Reports SportsGrid, “Meet nine-year-old Josh Zuchowski, an age-group swimming champ from Jupiter, Florida, who has a pretty intense rivalry going with Reese Branzell, 10, from nearby Lake Lytle. The two usually finish 1-2 when they compete against each other, and each own a roomful of trophies and medals. Josh was expecting another tough battle with his rival at the Santa Claus Invitational on Dec. 7, but when he and his dad checked the entry sheet, Reese wasn’t on it. They soon discovered that Reese had been hospitalized on Nov. 8 with a bacterial hip infection, and would be out of competition for some time. “Josh got very emotional and he just said, ‘Dad I feel horrible for him, is there something we can do?’’’ Josh’s father, Jonathan Zuchowski, told TODAY.com. “Then he said, ‘I expect to win five gold medals in this meet, so what do you think if I swim for him and if I win the high point trophy, I’ll give it to him?’ “He wrote the card he was going to give Reese before he even swam the race. The card said, ‘I swam for you today, and I want to give you this trophy.’’ ” Read the rest of the heartwarming story here. 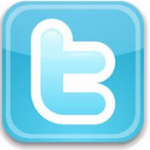 From The Mary Sue: What’s new with Twitter and Facebook? Well apparently a television show and another movie are in the works. Reports The Mary Sue, “Twitter is being turned into a TV show, and there’s a movie in the works about how some guy changed his life through Facebook. I’m done. I’m so done.The yet-unnamed Twitter show, based on Nick Bilton‘s Hatching Twitter: A True Story Of Money, Power, Friendship, And Betrayal, is being made by Lionsgate TV. I’m guessing the studio’s filled with executives who positively worship Aaron Sorkin. Oh, look, evidence: “The Social Network was a perfect film, and this series will be different, providing a longer view of the work life changes, gamesmanship and personal sacrifices made by a group of individuals who are building a company that will change the way that people communicate.” That was executive producer Allison Shearmur, who should probably lay off The West Wingreruns if she thinks The Social Network was a perfect film. It was really good, but… perfect? Really? Ah well. Different strokes for different folks.” Get the full story here. 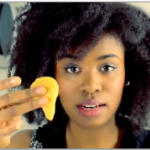 From The Jane Dough: The Jane Dough gives some tips on how to make Christmas cookies if you’re single. Writes The Jane Dough,”his one goes out to all my girls who spend their late nights alone, half-naked (shirtless or pantsless — Choose Your Own Adventure®), listening to the Goodbye Song from Bear in the Big Blue House on repeat, crying and eating Kraft Singles because they are the only food that understands you. (Also the only thing more likely to die alone.) This one goes out to my girls who just went through a breakup, just got over a breakup, or are still trapped underneath the crushing, absolute weight of a breakup, slowly suffocating while bystanders ask whether it’s okay if they invite your ex to their birthday party because he’s just so funny. Singledom can be especially hard to tolerate during the holidays — I swear, if there is mistletoe placed in the vicinity of my body, I will WATCH THE WORLD BURN — but thankfully YouTube star and funny lady Akilah Hughes is here to teach us how to get into the spirit while remaining incredible bitter and hostile to the idea of happiness.” Watch the hilarious clip here.

From The Braiser: Martha Stewart disses Gwyneth Paltrow. Reports The Braiser, “In the great history of Lifestyle Coach Feuds, the greatest one has been fermenting for years: Martha Stewart versus Gwyneth Paltrow, the CEO versus the actress, the sage queen versus the kale-drinker. Today shall go down in history as the day that Stewart fired the first warning shot against the willowy upstart, via the celebrity diplomatic channels of TMZ (which did bait Martha by asking her who was the best lifestyle coach between the two).” You can watch the clip of Martha letting Gwyneth have it here.