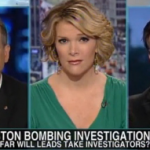 From Mediaite: Is Boston the next Benghazi? Mediaite writes, “Will the investigations of the Boston Marathon bombing ‘go the way of Benghazi’? That’s the question put forth by a syndicated columnist, and one that was examined by Megyn Kelly‘s political panel on today’s edition of America Live. Conservative author Debra Saunders asked in her column, ‘Will Boston Probe Falter Like Benghazi?,’ whether the administration’s handling of the post-Boston investigations will be ‘bungled’ like ones that followed September’s attacks on the U.S. consulate in Benghazi.” Read their opinions and watch video of the segment here. 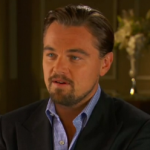 From Gossip Cop: Great Gatsby is one of the most highly-anticipated upcoming films, and today one of its stars is spilling all the details. Reports Gossip Cop: “Leonardo DiCaprio opens up about starring in the upcoming Great Gatsby adaptation in a new interview with ‘Entertainment Tonight,’ telling the show the project was a ‘huge undertaking’ and very ‘intimidating.’ The movie star says he was initially hesitant to touch F. Scott Fitzgerald’s beloved American novel, but eventually felt okay about the retelling it because he was doing the film with best friend Tobey Maguire, whom he’s known for ’25 years.'” Read on for what he thought of the soundtrack choice here. 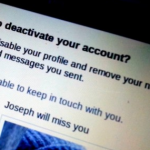 From Geekosystem: Sometimes, it can seem like Facebook is taking over the internet and our lives. But apparently, that’s not true for millions of users. Geekosystem writes, “Has Facebook peaked? New data from independent analysis firm SocialBakers seems to suggest that might be the case. According to SocialBakers, Facebook’s usership is down by six million people in the U.S. from where they were a month ago. Numbers are down in other key markets like the U.K. as well. Could this be the first sign that Facebook is going the way of the dinosaurs? Or worse — Myspace? It’s not all bad news for Facebook. Analysts are predicting that when the company reports to investors soon, they’ll reveal that revenues are up by 36% from last year.” Read the full story here. 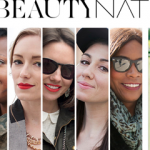 From Styleite: There’s a lot of new things happening on Refinery29. Reports Styleite, “If you’re anything like us, you while away more than your fair share of hours on Refinery29 already. In the past few years, the site has grown bigger and better than ever before, and now, with the launch of My Stylist and Beauty Nation, they’re handing the reins over to their community of readers to drive the conversation surrounding two things near and dear to our hearts: fashion and beauty. On the platforms, bloggers, readers and editors will have the chance to share and discuss everything from the best neighborhood vintage haunts to tips on keeping a manicure looking salon fresh. Intrigued? So were we, so we asked the brains behind the operations to fill us in on our newly bookmarked destinations.” Read all about it here. 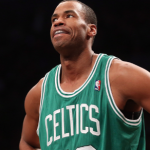 From SportsGrid: It’s the big sports news of the day: we finally have an openly gay player in a major sport, after NBA Star Jason Collins came out. Writes SportsGrid’s Eric Goldschein, “Meet your first openly gay active NBA player: 12-year veteran Jason Collins, whom many of you know from his days with the Nets, Grizzlies, Wolves, Hawks, Celtics and most recently Wizards. In an awesome essay that will appear in this week’s Sports Illustrated, Collins opens up about his sexuality, a decision inspired in part by the Boston Marathon bombings and a desire to be himself. It’s breath-taking stuff. The entire essay is available now on SI.com, but we can detail a few choice bits here. First, Collins starts by saying why he decided to come out of the closet as a 34-year-old black gay NBA center.” Read excerpts of his piece here. 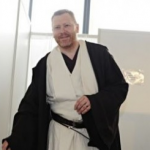 From The Mary Sue: Way to go, Iceland. Explains The Mary Sue, “It’s not so surprising when you consider that the mayor in question is comedian Jón Gnarr, who ran for election as a joke back in 2010 and was quite surprised when he actually got elected. Part of his platform as the head of the made-up Best Party was that he refused to talk to other candidates unless they’d watched all five seasons of The Wire. There’s a documentary, if you’re so inclined. Or you can just look at this picture of him voting while dressed as a Jedi.” See that picture here. 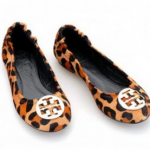 From The Jane Dough: For working women, with the power suit now goes the power flat. Writes The Jane Dough, “The phrase ‘power flat’  only came into the lexicon last November when Wall Street Journal writer Christina Brinkley  wrote: ‘Long stuck in the purgatory of casual wear, flats are suddenly being promoted for polished occasions. Flats sleek enough to be dress shoes were paired with tailored suits and even with evening wear on the spring runways from Marc Jacobs to Giorgio Armani.’ But I think the person we really need to give credit too, though she already gets a ton, is Tory Burch. The designer’s shoes, as well as her clothing and bags, have become staples in the working woman’s wardrobe. It was back in 2006 that Tory’s Reva Flats, named for her mother,  came into the spotlight.” Read the full story here. 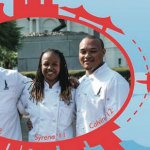 From The Braiser: Want to go to culinary school for free? Act fact! The Braiser explains, “Tomorrow, April 30th, is the last day for students in the greater New Orleans area to apply for the Chefs Move! scholarship set up by John Besh and the Bride-Mayor family. Every year, Besh and a group of local chefs select two minority students from Louisiana to receive full scholarships to the International Culinary Center; in culinary and pastry studies. Not only do the winning students get a tuition-free nine months at culinary school in New York (suck it,student debt!), they also receive internships at the Besh Restaurant Group, in the hopes that their talents will benefit the New Orleans area.” Read more about the scholarship here.