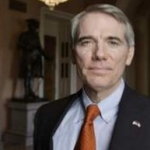 From Mediaite: One U.S. Senator has reversed his position on gay marriage, Mediaite reports: “In an opinion piece published in The Columbus Dispatch on Friday, Sen. Rob Portman (R-OH) announced that he has had a change of heart regarding same-sex marriage. He announced that he now supports the opportunity for all people, gay or straight, to marry. Portman added that a variety of factors influenced his decision, but none more than the fact that his son is gay. ‘As a congressman, and more recently as a senator, I opposed marriage for same-sex couples,’ Portman wrote. ‘Then something happened that led me to think through my position in a much deeper way.'” Read more here. 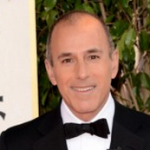 From Gossip Cop: Who might be the next host of Jeopardy? Writes Gossip Cop, “Matt Lauer, game show host? According to a new report, it could happen — in a few years. With Alex Trebek’s “Jeopardy” contract to end in 2016, the “Today Show” host reportedly tops the list of possible replacements. Lauer’s morning show contract goes through 2015, potentially making him available for the gig. He may have some competition, however, as Anderson Cooper is also a potential contender, according to the New York Post. Nothing is confirmed at this point, and muchcould change in the years ahead.” Read the full story (and share your thoughts on who you’d like to see replace Trebek) here. 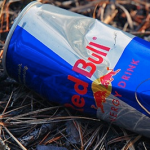 From Geekosystem: You may want to take caution when purchasing energy drinks, Geekosystem reports: “Energy drink and vodka mixer Red Bull has announced that it is being blackmailed by a person or group of people who have threatened to place cans of the sugary caffeine supplement contaminated with feces on store shelves. While the threats have been coming for several weeks, the Vienna-based company’s checks of grocery store supplies have found no contaminated cans so far. Though considering how many cans of Red Bull are carried in groceries, gas stations, and convenience stores around the world, we’re not sure how thorough those checks could have been…” Read on here. 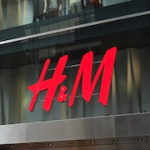 From Styleite: If you are American and you don’t shop at H&M yet, that may change soon. Writes Styleite, “The Swedish retailer opened 40 Stateside stores in 2012—which begs the question, hasn’t their aggressive push for U.S. markets already started? Not according to Daniel Kulle, U.S. president of H&M, ‘We have 269 stores in U.S., but with more than 314 million people in the country, we haven’t exposed everyone to H&M yet.’ Watch out, Americans. The wear-them-once basics are coming for each and every one of you. With a variety of new launches and brand re-inventions, H&M plans to surpass 2012 this year. The retailer is also expanding into our homes in new ways, with a highly anticipated (and delayed) e-commerce launch, as well as catalogue delivery that aims to reach every segment of their consumer base individually.” Read the piece here. 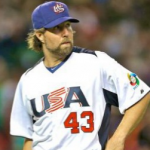 From SportsGrid: Last night, the U.S. was defeated in the World Baseball Classic. SportsGrid’s Jake O’Donnell reports, “It’s March, but in Miami, at Marlins Park, it felt like October. With the U.S. losing David Wright for perhaps the remainder of the tournament (sore back), and the Dominicans playing what appeared to be a home game, pinch hitter Eric Aybar broke a 1-1 tie in the top of the 9th. Fernando Rodney proved too much, as the U.S. failed to tie it up the in bottom of the inning. It’s worth pointing out that this is being hailed as the biggest win in the country’s history. The victory guarantees them a spot next week in San Francisco, while the U.S. will be sent to an elimination game against Puerto Rico on Friday.” Read more about the tournament here. 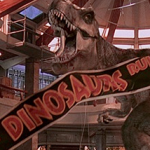 From The Mary Sue: Jurassic Park 4 news! Writes The Mary Sue’s Rebecca Pahle, “I’m still, in the back of my mind, not entirely convinced that Jurassic Park 4 is happening. I know, intellectually, that it is. But it still has the feeling of an elaborate hallucination. Well the hallucination just got a little more solid: Safety Not Guaranteed‘s Colin Trevorrow has been chosen to direct. First, to address the Steven Spielberg-shaped elephant in the room: There’s been some recent speculation that he might direct the film, but it’s hardly a surprise that he isn’t. He’s kind of cooled off on action films lately, saying in an interview that ‘I knew I could do the action in my sleep at this point in my career. In my life, the action… doesn’t attract me anymore.’ So what about Trevorrow? His only major credit is Safety Not Guaranteed, a tiny time travel-themed sci-fi comedy shot on a budget of only $750,000, which can’t be that much larger than JP4‘s catering budget.” Read on here. 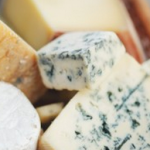 From The Jane Dough: Today, the site checks in with a woman in New York who has a less-than-usual job – a cheesemonger. Says Pamela Brewer, “During winter break in college, a friend and I got seasonal jobs at a specialty food shop making gift baskets. After a week or two, management realized that they needed staff at the cheese counter and pulled us both onto the floor. Despite our lack of experience, we managed to stay afloat during those first hectic weeks and learned a ton about cheese over the next few months. I had no idea at the time how valuable and formative that experience would prove to be. Our stint in the cheese world was pure happenstance, but my friend and I both have careers in food now — a testament to the fact that you really never know what unexpected events will shape the course of your life!” Read more about her career here. 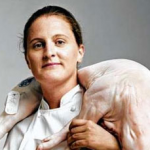 From The Braiser: A chef on a mission: reports The Braiser, “As part of the initiative to save New York City’s Old Fulton Fish Market,April Bloomfield joined over 100 New Amsterdam Market activists at City Hall yesterday, lobbying the mayor to turn the historic Pier 17 space into a public space, rather than turning it over for commercial development. And as per the plan of Robert LaValva, the founder of the New Amsterdam Market, the hearing room for the development of Pier 17 was too small to seat all of the proposal’s supporters who turned out (“should’ve got a bigger room!” Bloomfield tweeted), demanding that the city turn over the market’s development to them instead of to the Howard Hughes Corporation, who still has not submitted a plan for the former fish market.” Read the whole story here.