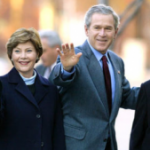 From Mediaite: It’s an unfortunate day for the Bush family. Mediaite explains, “Photos and personal correspondence from several members of the Bush family — including both former presidents — have been exposed, after several email accounts belonging to the family or their close friends were hacked. A criminal investigation is underway. The Smoking Gun first reported the breach and posted the emails, which include photos and personal information. Specifically the hacker, who identifies as ‘Guccifer,’ leaked: ‘confidential October 2012 list of home addresses, cell phone numbers, and e-mails for dozens of Bush family members, including both former presidents, their siblings, and their children.'” Read the full story here. 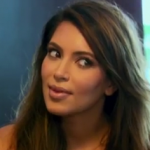 From Gossip Cop: Kimye is changing the dynamics of the Kardashian family. Gossip Cop reports, “Kim Kardashian’s family gets a rude awakening on this Sunday’s “Kourtney and Kim Take Miami.” When the reality star backs out of a family event because Kanye West is in town — and then later reveals that she can participate after all when her beau becomes unavailable — Bruce Jenner and Kourtney accuse her of putting West before the family. And Kardashian admits it’s true! ‘So, we’re your second priority?’ asks Kourtney. Kim snipes back, ‘Yeah, you are! Right now, in my life, you are.’ Bruce refuses to let Kim rejoin their plans — but who does momager Kris side with?” Read more and watch video here. 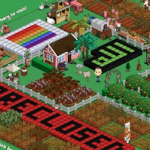 From Geekosystem: What could be worse than FarmVille? A FarmVille TV show, probably. And unfortunately for you, it’s happening: Geekosystem reports, “Are you sick of hearing about J.J. Abrams directing things? Yeah, us too. Here’s the problem, though — all the other news about other people signing on to projects is much, much worse. Case in point: because absolutely no one demanded it, you’re getting a FarmVille TV series produced by no less a luminary than Brett Ratner, so abandon all  hope ye who enter here. It’s a pretty inspired choice, we have to admit — a man whose movies everyone watches and no one admits to watching paired with a video game many people play, but no one admits to playing for a TV show that probably no one will watch, but we’ll bet still gets more episodes than Do No Harm.” Read more about it here. 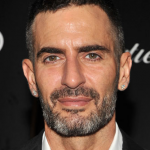 From Styleite: New York Fashion Week is underway, and one designer’s already hit a major snag. Styleite reports, “Three seasons ago, Hurricane Irene wreaked havoc on New York’s fashion week schedule, with brands like Marc Jacobs and Theyskens Theory rescheduling their shows in advance of the (as it turns out, completely over-hyped) storm. This time around, we can’t even blame Nemo! Yesterday, Marc Jacobs International president Robert Duffy announced that the designer would be postponing his show from Monday, February 11 at 8 p.m. to Thursday, February 14 at 8 p.m. ‘We’re missing bags, shoes and two fabrics… Marc and I are extremely sorry for this inconvenience. We just want to have the best show possible and show all the product that our design team has been working on so hard for the last six months.'” Read more here. 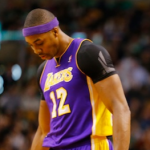 From SportsGrid: Still no good news for the Lakers. SportsGrid reports on last night’s happenings: “The Los Angeles Lakers took one on the chin against the Boston Celtics. And then they got stomped a little too for good measure. Paul Pierce had 24 points, 7 rebounds and 6 assists, Kevin Garnett passed 25,000 points for his career, and Dwight Howard left his big boy pants at home, only scoring 9 points and 9 rebounds. The Celtics are now 6-0 withoutRajon Rondo, which is odd. But it’s also giving legs to the detractors who predicted the Rondo-less Celtics’ success, which is kind of annoying. But, anyway: the Lakers’ season appears effectively over. Dwight Howard is hurt and playing poorly, Steve Nash can’t stop anyone and Pau Gasol is now out for 4-6 weeks, again. Preseason predictions are fun, aren’t they?” Read on here. 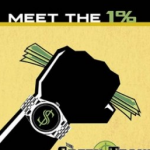 From The Mary Sue: In the past few years, we’ve heard a lot about the 99%. But what about the 99% of the geek/DC Universe world? The Mary Sue writes, “Gail Simone was teasing a new project on Twitter yesterday but I’m sure no one guessed this one correctly. Simone and Freddie Williams II will produce, The Movement, focusing on the 99% of the DC Universe while Art Baltazar, Franco, and Ig Guara will team  to represent the more affluent 1% in The Green Team. Sound familiar?  If the 1% vs. 99% thing rings a bell, it should. It’s part of the slogan used by the Occupy movement where people like Bruce Wayne and Lex Luther would have had a spotlight if they were real. But is that who we’ll see in the companion books?” Read more about the project here. 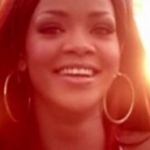 From The Jane Dough: Why do women hate other women so much? The Jane Dough’s Laura Donovan writes, “When I first started working at The Jane Dough a year ago, I was excited to write about high-achieving women in powerful positions — women like Daily Beast powerhouse Tina Brown and Golden Globe winner/HBO show creator Lena Dunham, among others… But even successful famous figures such as Dunham and Brown aren’t above trashing fellow women in the spotlight just because they can. A few weeks ago, Dunham rambled about how hurt she was that Rihanna got back together with abusive ex-boyfriend Chris Brown, as Dunham follows Rihanna on Instagram and was so shocked and upset by the sight of the two singers getting high together in bed.” Read more of what she has to say here. 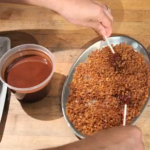 From The Braiser: What happens when you combine stop-motion, music, and food? The Braiser has the answer: “As part of a staff-wide creative project at Mario Batali’s Del Posto, Brooks Headley, former punk rock drummer-turned-brilliant pastry chef,married his two passions in the music video below. It’s inspired by Devo, features music from his friends The Casual Dots, and documents the creation of their dessert course — including bombolinis, gelato lollipops, crostada, dehydrated grapes, polenta pudding budino, and chocolate truffles, among other things — all served on a cheese grater. ‘At the restaurant, your initial snacks come out on a cake plate, and your final desserts come on a cheese grater,’ explained the Universal Order of Armageddon drummer to Bon Appetit. ‘We think it’s absolutely hilarious.’ Whimsical, for sure — and a cool, not-precious way of watching pastry being made.” Check out the video here.