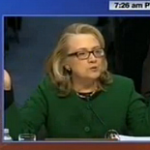 From Mediaite: Today saw the Senate hearings on the 9/11/12 Benghazi attacks. Mediaite reports on what happened, “During this morning’s Senate hearing on the September 11, 2012, deadly attacks on the U.S. consulate in Benghazi, Secretary of State Hillary Clinton became visibly exasperated and got into a heated exchange with Sen. Ron Johnson (R-WI), who was grilling her over the administration’s role in formulating post-attack talking points. A few minutes into Sen. Johnson’s allotted time, he became direct with the Secretary, telling her that ‘a very simple phone call’ to those evacuated from Benghazi ‘would have ascertained immediately that there was no protest prior to this,’ despite what the initial administration reports indicated.” See how she responded here. 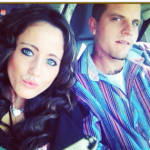 From Gossip Cop: The Teen Mom drama continues. Gossip Cop reports on the latest from Jenelle Evans, who’s had quite the tumultuous year: “Jenelle Evans announced on Twitter early Wednesday that she wants a divorce from Courtland Rogers, claiming her husband of under two months abandoned her while she went through miscarriage drama. ‘I am getting a divorce, ASAP,’ tweeted the Teen Mom star… It had been reported on Tuesday that Evans was hospitalized, shortly after the couple announced they were expecting a baby. Evans added to her Twitter rant, writing, ‘I’m in shock.’ …Given the couple’s volatile history, frequent fighting, and prior declarations of breaking up, however, it’s not clear how definitive Evans’ ‘divorce’ announcement will be. Evans and Rogers wed in December, viciously and publicly fighting almost immediately.” Read all the details here. 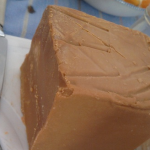 From Geekosystem: There was recently a road closing in Norway… for a very unusual reason. Geekosystem explains, “In what’s bound to be one of the defining events of our generation, a Norwegian truck burst into flames after it’s cargo — about 27 tons of goat cheese — caught fire. One day, your children will ask “Where were you, noble elder, when the Great Cheese Fire of 2013 struck?” Hopefully, you’ll be able to say you were nowhere near the scene, because the truck and its payload have produced a dangerous mixture of toxic gasses that may leave the traffic tunnel it was driving through closed down for weeks. The truck was carrying about 27 tons of the Norwegian delicacy known as Brunost — a caramelized goat cheese filled with fat and sugar, which sounds totally amazing, and we want to try right now.” Read the full story here. 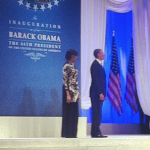 From Styleite: What did Michelle Obama choose for her final inaugural outfit? Styleite reports, “After a long week of sartorial slam dunks for the First Lady, including a perfectly-accessorized Thom Browne coat, an embellished Naeem Khan ensemble, a true blue Reed Krakoff outfit, and a show-stopping Jason Wu gown, Michelle Obama broke out her fancy pants for one last hurrah at last night’s staff-only inaugural ball. While we have yet to get word on who designed her outfit, we know from staffers’ cell phone snaps that she chose a long-sleeved silver tunic, black wide-legged pants, and a pair of statement earrings for the event. It may not have been quite as dramatic as Lady Gaga‘s eyeball ensemble, but we’ll always be partial to a look with both glitz and comfort.” Read more and see pictures here. 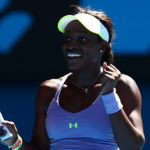 From SportsGrid: There was big news last night in tennis. Yes, tennis. SportsGrid explains, “Serena Williams, who’d been dominent, bowed out of the tournament in the quarterfinals. This would be bad news for American tennis had it not been a fellow American – 19-year-old Sloane Stephens, to be exact – who knocked Serena out. Serena at first looked to be on her way to another easy win, but Stephens clawed her way back into it, and helped by a Serena injury, finished the job. While Serena wasn’t at 100 percent, though, make no mistake: Stephens was brilliant. She matched the game’s most powerful player shot for shot, and on top of that, had the mental fortitude to take down one of the greatest players ever. She came into the tournament as the 29th seed, but her ranking is set to take a big jump now.” Read on here. 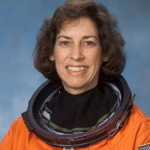 From The Mary Sue: It’s a great day for women – the first Latina in space is also a woman, with impressive credentials to boot! The Mary Sue’s Rebecca Pahle writes, “When it comes to writing about female astronauts, our coverage here at The Mary Sue tends to be somewhat Sunita Williams-centric. (She’s awesome, OK?) But here’s another lady astronaut you should know: Dr. Ellen Ochoa, who this month becomes the second female and first Hispanic director of NASA’s Johnson Space Center. She was also the first Latina in space, if you need more impressing. Oh, and she’s also a classical flutist. That instrument was the bane of my existence in the fourth grade, so anyone who can play it without passing out gets my respect, even without also being an awesome astronaut.” Read more about her here. 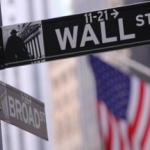 From The Jane Dough: Females may not be the majority on Wall Street, but they are turning heads. The Jane Dough writes, “[H]edge funds, a subsection of investment banking known for high risk and high return, have become the latest industry to recognize the power of female investing smarts. According to an index from the professional services firm Rothstein Kass, female hedge fund managers produced a return of 8.95% from the beginning of 2012 through the third quarter. But the HFRX Global Hedge Fund Index, released by Hedge Fund Research, only grew by a 2.69% net return through the same time period. The rest of a Rothstein Kass report, based on responses from 366 senior women in the alternative investment industry, said women might be able to outperform men in managing hedge funds because they are more risk averse and are better able to avoid market volatility.” Read more here. 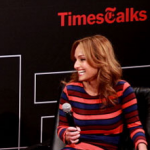 From The Braiser: It looks like celebrity chefs won’t be getting a talk show any time soon. The Braiser reports, “The world is not ready for a syndicated morning talk show hosted by Giada De Laurentiis and Bobby Flay, the New York Post reports. This is sad news to both Giada and Bobby, who had filmed a presentation reel for a CBS morning talk show titled, appropriately, ‘Giada and Bobby.’ According to the New York Post’s all-hearing ravens, ‘insiders say Flay, 48, hoped the talk show was a way to ‘go mainstream’ and to help break out of his TV chef role and into a more traditional talk-show format.’ Alas, theFood Network still has their death-grip around Flay’s ankle, and he and Giada will likely remain there, unable to do cooler things like interview movie stars and fail at dancing Gangnam Style with an exhausted PSY.” Read the whole article here.