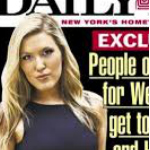 From Mediaite: The effects of the second Anthony Weiner scandal rage on, with critics now slamming The New York Times for going after his ex-intern. Writes Mediaite, “New York Times columnist Frank Bruni’s latest column is drawing hackles across the internet for its thesis about former Anthony Weiner intern Olivia Nuzzi—the same intern whose interview with the New York Daily News instigated Weiner’s Communications Director’s epic, slutbag-slinging meltdown. ‘One young staffer on Anthony Weiner’s mayoral campaign saw a chance at bright lights and went after it, spilling secrets in return for a glamour shot on the front page of a major newspaper, determining that attention was worth whatever crassness it called for,’  Bruni wrote… One problem: ‘None of that is true,’ responded Sarah Lacy, a tech journalist and founder of PandoDaily.” Read on here. 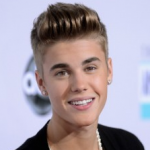 From Gossip Cop: Justin Bieber can’t stay out of trouble. Gossip Cop reports on the latest, “Justin Bieber’s entourage is being investigated for a brawl outside a nightclub that allegedly left another patron bloody over the weekend.The incident happened in the parking lot at South Pointe, a venue in Southampton, at approximately 3 a.m. on Sunday. According to reports, Bieber had been partying in the club’s VIP area when a woman approached to chat. After she was denied, the woman came back with a male friend who allegedly got into a heated verbal exchange with The Biebs. The performer’s team is said to have quickly shuttled him outside to a waiting SUV. In the parking lot, Bieber’s crew and the male patron reportedly got into a physical altercation — allegedly leaving the man bloody — although police have yet to confirm details about the incident.” Read the story here. 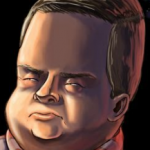 From Geekosystem: Patton Oswalt’s Parks and Rec filibuster lives on in new form on the internet. Writes Geekosystem’s Victoria McNally, “What’s better than seeing Patton Oswalt’s stunning eight minute pitch for a Star Wars/Marvel Universe/Clash of the Titans film franchise crossover? Seeing it animated for the Nerdist Youtube channel by Daniel Spellman in honor of Geek Week. This is everything I ever wanted in anything. Yeah, we know that this isn’t a completely new concept — IlRoyalty and Izac Less have their own animated filibuster videos, too. But there’s just something about the sparkly reality-jumping Thanos in Dan’s version that sits really well with us. Just look at how happy he is to be courting death!” Read on and watch it here. 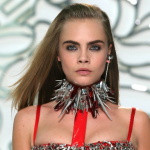 From Styleite: Another day, another fashion scandal. Styleite reports, “There’s simply no denying that Cara Delevingne is one of the industry’s hottest commodities — so hot, in fact, that you’ve probably already forgotten all about that alleged cocaine scandal she was involved in this past May. While such wrongdoing could be considered career suicide for most burgeoning models, if you’ve got starpower like Delevingne, it’s no biggie. Well, to most at least. Despite starring in fall campaigns for Saint Laurent, DKNY, Mulberry, and more, it seems that H&M— the same high street giant that famously dropped Kate Moss after her own drug scandal — is doing what it can to distance itself from the 20-year-old.” Read the full story here. 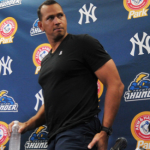 From SportsGrid: A-Rod is making all the sports headlines, and SportsGrid is updating you on the latest: “We heard for weeks that Major League Baseball was prepared to not only ban Alex Rodriguez for life, but invoke a barely-known clause that would keep him off the field during his appeal. Instead, Bud Selig and company will reportedly suspend the slugger through 2014 as planned, but allow him to play for the Yankees during the legal procedures — starting tonight in Chicago. This standoff appeared to be coming to a conclusion over the weekend, when the league announced that they would be suspending everyone involved with the Biogenesis clinic on Monday, including A-Rod. Of course, A-Rod was the crown jewel of the entire bust, and …we doubted that the juicy slugger would ever step on an MLB field again. But it appears that this fight is only just beginning.” Read on here. 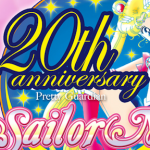 From The Mary Sue: There’s both good and bad news for fans of Sailor Moon today. The Mary Sue reports, “First the bad news. The new Sailor Moon anime that was announced last year will be ready to air this winter, not this summer, as planned. The good news is that the new anime will not air only in Japan. It was announced at the Sailor Moon 20th Anniversary Event #2 that the new show, which was announced at last year’s Anniversary Event, will be available to stream worldwide when it airs, allowing fans in many countries to enjoy more crime fighting and magic from the Sailor Senshi. The new series is set to air sometime between December of this year and January of 2014, but there are very few details other than air dates.” Read the whole story here. 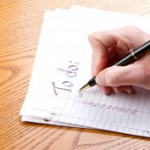 From The Jane Dough: It’s Monday. Step up your office game this week with an improved to-do list thanks to The Jane Dough and LearnVest: “What’s currently on your to-do list? A 2012 global survey by professional networking site LinkedIn found that 63% of professionals frequently create them.But are we as productive as we are organized? Not exactly: The same survey found that only 11% of professionals accomplish everything they plan to do in a given workday. Clearly, most of us are on board with keeping to-do lists—but finishing them is a different story. So we spoke with productivity experts to figure out not only how best to plow through our lists but also whether there’s a best type of list out there to begin with. And then, just to make you feel a little less alone, we snagged the looming lists of four real, aspiring list-finishers.” Read on here. 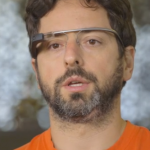 From The Braiser: In case you missed it, a hamburger was recently grown in a laboratory. Today, it was revealed that this project was the idea of a Google employee. The Braiser reports, “One of the greatest mysteries in food science was solved this morning when Sergey Brin, Google’s co-founder, announced that he funded the research that created the first lab-grown hamburger in the world, which will be eaten this morning at a press conference in London. Well, great, now we know who to blame when the hamburgers grow sentience and hijack our nervous systems. Brin, whose forays into venture capitalism include commercial spaceflight and an asteroid mining project with director/explorer James Cameron,poured nearly $332,000 into a project at Maastricht University in the Netherlands to create a hamburger grown from cow muscle stem cells… Brin says he funded the project out of a concern for animal welfare, environmental sustainability, and human health concerns.” Read the whole piece here.