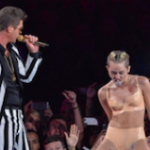 From Mediaite: Miley Cyrus is still owning the internet. Mediaite updates, “On a day when Miley Cyrus’ disturbing twerking performance at the MTV Video Music Awards dominated every corner of the internet, The Onion delivered the ultimate media criticism satire with this fake op-ed by CNN.com’s very real managing editor Meredith Artley. Titled, “Let Me Explain Why Miley Cyrus’ VMA Performance Was Our Top Story This Morning,” the piece laid out the very practical, probably accurate reasons why CNN and so many other website dedicated so much real estate to Cyrus. And now, Artley herself has responded on Twitter.Artley tweeted a link to the piece shortly after it was posted, informing her followers that she was not the real author but is taking full responsibility for giving the Cyrus performance so much play on CNN.com.”  Read more here. 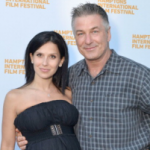 From Gossip Cop: Alec Baldwin finds himself in trouble again: writes Gossip Cop, “Alec Baldwin is accused of attacking a photographer in New York on Tuesday — but sources tell Gossip Cop the paparazzo was the aggressor. The actor and his wife Hilaria, who just gave birth to the couple’s first child on Friday, were out for a walk when the photog approached and began asking questions. According to TMZ, the paparazzo alleges that Baldwin grabbed him without provocation, leading the cameraman to call the police. But an observer informs Gossip Cop that the paparazzo acted aggressively — even following Hilaria and harassing her inside a nearby tea shop after the initial confrontation. Ultimately, the two men reportedly told cops that they had shoved each other, although neither is pursuing charges.” Read the story here. 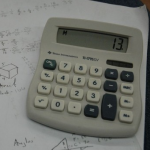 From Geekosystem: Shocking news from Geekosystem today: homework actually does help you learn. Writes the site, “According to a recent survey of classes at East Carolina University by economics professor Nick Rupp, students who receive some amount of regular homework ultimately earn higher grades on tests. Great. I’m sure that’s exactly what all of you wanted to hear right before the fall semester starts. Next we’ll be telling you that too much beer is bad for you. In his principles of microeconomics classes one semester, Rupp gave out two syllabuses to participating students; one randomly assigned group was required to do homework that accounted for 10% of their final grade. The other group was given the option of whether or not they’d like to do the same amount of homework, and their final grade was calculated entirely by test scores. According to the results published the most recent issue of The Journal of Economic Education, those who were required to do the homework performed about a half grade better than those who were given an option (with some exceptions, of course).” Read more here. 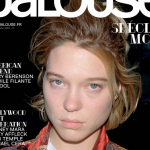 From Styleite: “The first rule of life is that anything you can do, French girls can do better,” writes Styleite, continuing, “Take, for instance, Léa Seydoux for this Juergen Teller-lensed cover spread in Jalouse magazine’s September issue. Do you look like this when you’ve rolled out of bed, thrown a man’s robe over your dirty old t-shirt and proceeded to lick your armpit? Oh, you don’t? Well, you must not be French enough. The spread is classic Teller, from the lack of makeup or hair styling products to the unconventional props. Forget je ne sais quoi – it’s pretty clear that regular old farm animals are the new pop-singing goats, and al fresco pajamas have already been sanctioned by Phillip Lim. Now they’ve got the European tick of approval.” See the images here. 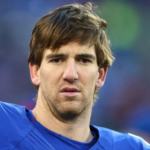 From SportsGrid: The 2013-14 New York Giants are pretty much screwed. Writes SportsGrid, “Giants fans know their team has been maddeningly inconsistent during the Eli Manning years. Of course, most teams would take “maddeningly inconsistent” if it resulted in two Super Bowl wins, but there’s something to be said for the kind of anguish that comes from knowing your team is good enough to be elite… but instead plays like, for lack of a better term, a bunch of assholes. One Giants game can sum up an entire season. You watch them go out in the first half and absolutely dominate a good team, with an unstoppable offense highlighted by big plays and a stout defense that forces three-and-outs almost every drive. Then the second half comes and the tables turn, with Hakeem Nicks dropping a sure-touchdown on second and five, or Andre Brown gaining half a yard on a third and two. Eli Manning somehow plays better in the fourth quarter of the Super Bowl against one of the best teams in history than he does in the third quarter of Week 4. Why?” Read on here. 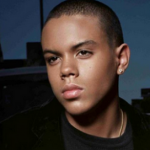 From The Mary Sue: Who is the newest member of the next Hunger Games film? The Mary Sue answers, “For those who need a reminder, Messalla is the assistant to propaganda film director Cressida, to be played by Natalie Dormer. It’s not a particularly big role, if memory serves, but hey, any bit of diversity in the Mockingjay cast is good. And for a bit of actor trivia: The 25-year-old Evan Ross is the son of Diana Ross. Speaking of diversity: Who are the characters introduced for the first time in Mockingjay? The only ones I can think of are Annie Cresta and Alma Coin, but it’s been a few years since I’ve read it. I’m just trying to think of characters with a bit more screentime than “Cressida’s assistant” who could, if played by a POC, make the currently rather white-looking movie a bit more balanced.”  See the announcement via Twitter here. 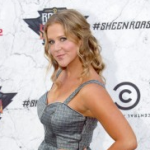 From The Jane Dough: Good news for lady comedians today, reports The Jane Dough: “Looks like the world is going to get deeper Inside Amy Schumer:Deadline reports that Universal Pictures has optioned an untitled script by Schumer that will double as her star vehicle. Judd Apatow, who produced Kristen Wiig’s Bridesmaids and works with America’s favorite neurotic twenty-something, Lena Dunham, on Girls, is producing the project through his Universal-based Apatow Productions. According to Deadline, Apatow is ‘working with Schumer to develop the story and shape the script.’ We find this news incredibly exciting. Schumer is one of our favorite new comedians; homegirl is ruthless, smart, shrewdly honest, and deliciously vulgar.” Read more here. 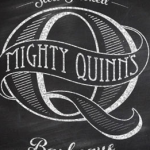 From The Braiser: A culinary showdown continues. Writes The Braiser, “Yesterday, GQ restaurant critic and professional goblin Alan Richman said that he’d met a new milestone in bad service at Mighty Quinn’s, a vendor at the Williamsburg market Smorgasburg: To wit: he claimed that the woman behind the counter wouldn’t serve him his ‘tiny’ sandwiches — even though he was the first one there! — until a line formed behind him. ‘I’ve experienced a lot of atrocious customer service in my life, but this was a milestone,’ he fumed. ‘What’s worse, the ploy worked. New Yorkers don’t think much in life is worthwhile unless they have to stand in line to get it.’ Thus, Alan Richman pissed someone off, as is the biological imperative of Alan Richman. Specifically, Micha Magid, the owner of Mighty Quinn’s, denied that the event as Richman remembered it even took place. In a statement to Gothamist, Magid called Richman’s story ‘categorically false’” and said that Richman had probably arrived while they were setting up shop.” Read more here.