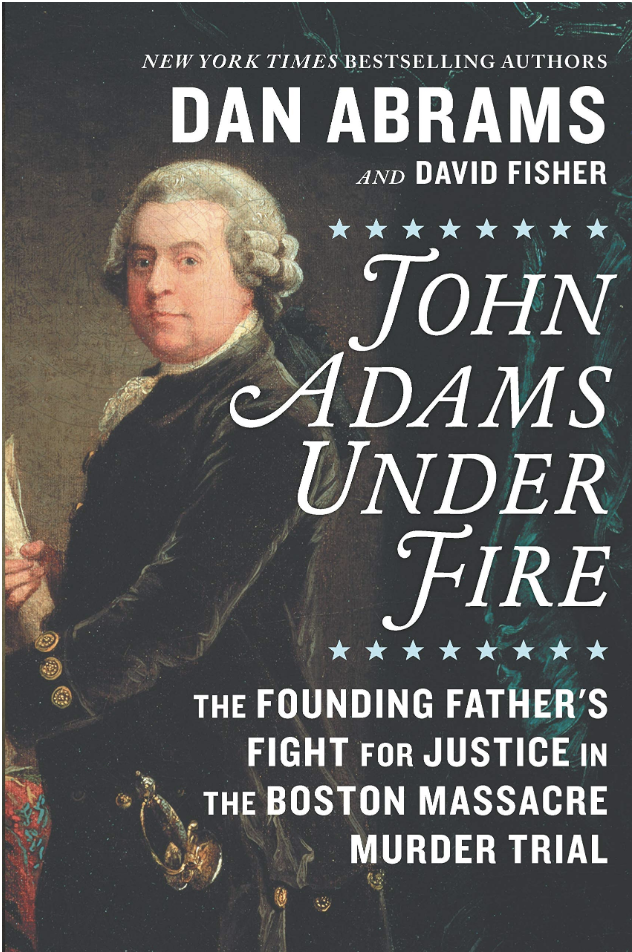 John Adams Under Fire goes back to colonial Boston in the aftermath of one of America’s founding moments, the Boston Massacre. It tells the story of a young lawyer, John Adams, taking the defense of the British soldiers that killed five colonists and in doing so establishing himself as the center of Bostonian legal and political life.

Abrams and Fisher use Adams’ own words and the trial’s transcript to transport the reader into a colonial Boston with narrow streets, British ships in the harbor, and palpable political tension to paint a full picture of both the trial and the massacre itself. In the atmosphere of outrage and partisan charges circulating, Adams stuck to the facts and examined the evidence of the massacre. By piecing together the events from first hand accounts, the book digs into what actually happened leading up to and on the night of the massacre. The book shows a defiantly evenhanded and diligent Adams on the frontlines of a trial that helped define American civic engagement.

On the eve of revolution, John Adams maintained that “Facts are stubborn things.” A lesson that rings throughout American politics from the colonial era to today. Abrams and Fisher examine how Adams’ defense of the British soldiers led to his passionate belief that there should be, “A government of laws, and not of men.”

Read more about the book at Dan Abrams Books and preorder from Amazon and Barnes & Noble today.