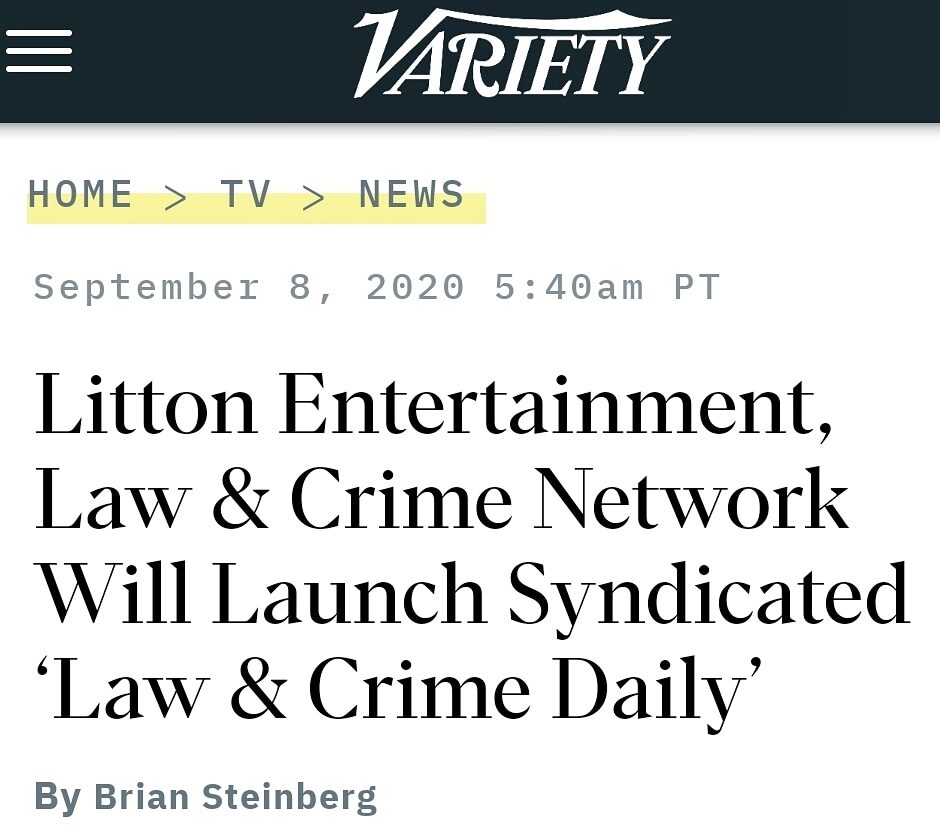 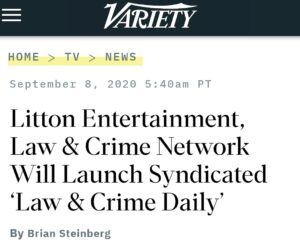 The Law&Crime Network, the nation’s only live trial network, announced the launch of their first syndicated show, Law&Crime Daily, in partnership with Litton Entertainment. The program aired its flagship episode on Monday, September 14th and featured discussion of the day’s biggest legal and true crime headlines.

Abrams believes his newest venture will help fill a hole in legal programming, having noted that over the past fifteen years the coverage of major court trials on cable news networks has diminished. “This is really kind of an opportunity,” Abrams told Variety who covered the announcement, “the interest in legal stories hasn’t faded.”

“Law&Crime Daily” is hosted by attorney and broadcast journalist Aaron Keller who will also work as executive producer for the program. Keller has an extensive legal and broadcast background including a feature in Netflix’s documentary, “Making a Murderer,” for his coverage of the Steven Avery case. Keller will be joined by co-hosts Terri Austin, a former trial attorney and Adjunct Professor at the University of Southern California, and Brian Buckmire, a felony trial attorney and a homicide defense attorney in a NYC Public Defender’s office.

“The incredible depth of knowledge and insight from Aaron Keller, Terri Austin, and Brian Buckmire allow ‘Law&Crime Daily’ to provide audiences with an inside view into the day’s most fascinating court cases,” stated Dave Morgan, president and CEO of Litton Entertainment. “We are excited to partner with Dan Abrams and his stellar production team to continue to expand Litton’s programming slate that entertains and informs viewers.”