File under “this cannot be real”: Geekosystem has the most expensive item for sale on Amazon.com. It’s an elephant camouflaging kit that costs upwards of $1.1 million. While the accompanying photo looks as real as anything else (and who hasn’t needed to camouflage an elephant once or twice in their life?), the user reviews seem a bit more tongue-in-cheek. To read the full post, click here. 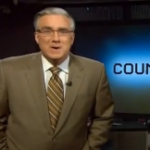 Oh, dear: Mediaite reports that despite riding a wave of publicity following his sudden suspension, Keith Olbermann was no match for Rachel Maddow in the ratings department. On the night of Olbermann’s triumphant return, Maddow beat him handily — but neither could hold a candle to ratings for O’Reilly and Hannity, which were nearly twice as high. Get the full post here. 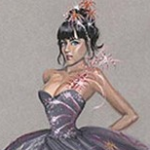 It’s that time of year: the Victoria’s Secret fashion show! Styleite has a sneak peek at Katy Perry’s dress for the event, where she’ll be performing twice. The dress was designed by Todd Thomas and is awesome in a deranged Disney Princess sort of way. No word on whether this particular gown will come equipped with whipped cream boob-guns. The show doesn’t air until the 30th though, so you never know! Get the full post here.

Sportsgrid has a clip of the worst high school hurdle race of all time. Despite encouragement via various inspirational messages at the beginning of the film, two of the girls in the race are absolute messes. While one might normally feel bad at laughing at someone else’s failure, the girls are laughing by the end too. Hooray for sportsmanship! To see the video, click here. 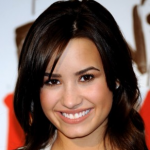 Gossip Cop covers the latest rumors surrounding Demi Lovato, who recently checked herself into a treatment facility. The latest scapegoat is ex-boyfriend and serial Young Hollywood dater Joe Jonas, whose new relationship is being blamed for Demi’s recent problems. Gossip Cop busts the rumor with an exclusive from a source close to Jonas — and whatever the issue, what’s important is that Lovato gets the help she needs. Get the full post here.