Geekosystem has a remix of one of the best movies of all time: this re-imagining of the Bill Murray classic “Groundhog Day” was cobbled together solely by using clips from the movie (and a little bit of Autotune to make everything sound, you know, of the moment). I dare you to watch it and not be hypnotized! Get the full post here.

Keith Olbermann is already fighting back! Mediaite has an open letter he wrote to his fans, condemning his suspension as a result of an “inconsistently applied rule.” Olbermann returns to NBC tomorrow night, and one wonders if the famously cantankerous host is done taking his employers to task. To read the full post, click here. 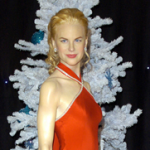 Styleite rates the wardrobe choices of celebrity wax figurines! It’s an important styling choice, if only because the wax figures are only allotted one outfit for all time. Highlights: Kim Kardashian’s scarily accurate wax doppelganger, and Nicole Kidman’s wax likeness, who looks like Tilda Swinton’s character in “The Lion, The Witch and The Wardrobe.” To see the full slideshow, click here.

Sportsgrid covers some classic fan rage in Switzerland. Swiss soccer fans disagreed with TV executives’ decision to move the start time of a match between the two best teams in the league, so as not to interfere with coverage of tennis superstar Roger Federer’s game. Naturally, fans responded by pelting the soccer field with tennis balls…twice. To see the video, click here. 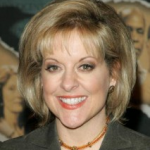 Gossip Cop reports that the wrongful death lawsuit against Nancy Grace has been dropped. The suit was filed by the parents of a guest who committed suicide after appearing on Grace’s show to publicize the disappearance of her young son. While Grace has been absolved of any legal wrongdoing and has pledged to establish a trust to aid in the search, the child is still missing four years later. Get the full post here.