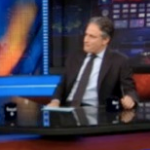 Mediaite has video of Chris Wallace’s appearance on “The Daily Show” last night, during which he was needled playfully and not-so-playfully by Jon Stewart. Stewart is usually at his best when he takes someone to task who he grudgingly respects (see also: Bill O’Reilly), and his banter with Wallace last night was highly entertaining. Sample dialogue: Stewart congratulations Wallace and his team, Wallace asks if it’s for their high ratings and Stewart replies “No, no, no—retaking control of the House of Representatives. You did it. It was not an easy job.” Get the full post here. 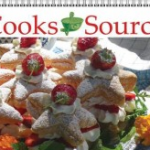 Oh, dear: Geekosystem has the remarkable story of a woman who discovered an article she wrote for her own copyrighted cooking blog was republished without permission in Cooks Source magazine. When she contacted the magazine and asked for an apology, she was told that she had no right to be upset as everything on the internet is public domain. Huh? AND they told her she should be grateful for the editing job they did! Unbelievable. To read the full post, click here. 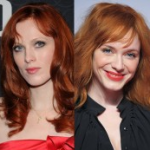 Styleite affirms Christina Hendricks’s general awesomeness: apparently the actress inspired model Karen Elson to dye her hair red. The two worked together on a shoot and Hendricks (not a natural redhead herself) urged Elson to try something new. She ended up heeding her advice and debuted as a redhead on the cover of Italian Vogue. See? Christina Hendricks makes everything better! Get the full post here.

LeBron continues to be everywhere, always: Sportsgrid finds a spoof of his Nike commercial on this week’s “South Park,” in which the basketball star’s TV spot is combined with the BP oil spill to produce the usual weird, offensive humor “South Park” traffics in. Whether or not that’s your bag is not really the point: it’s more people being mean to LeBron! Rejoice! And watch the clip here. 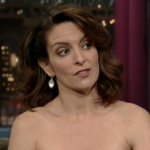 Yay! Gossip Cop has a clip of Tina Fey looking gorgeous on “Letterman” and reminding the world  of her scarily accurate Sarah Palin impression. She made a couple of well-timed cracks about the election and FOX News, including (noting that the network still refers to her as Governor Palin) “That’s like calling me ‘Dairy Queen Employee…I was once, but I quit!” To see the clip and read the full post, click here.