Mediaite has video of Barney Frank’s cantankerous victory speech last night. Frank held on to his House seat despite the best efforts of both the Boston Herald and FOX News to convince voters that he was unfit for office. Frank noted that “the influence of Fox News does not, in the end, appear to be very great either and that is a further tribute to the people of Massachusetts.” Sick burn! To see the clip and read the full post, click here.

On Geekosystem today: Schwarzenegger v. Entertainment Merchants Assn gets underway at the Supreme Court today! The court’s decision will determine if California’s recent legislation to ban the sale of video games to minors is constitutional or not. Some notable developments so far: Scalia has no idea what Mortal Kombat is, and Sonia Sotomayor wants to ban Bugs Bunny (just kidding, kind of). To read more about the case, click here. 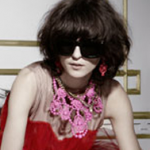 Styleite reports on the release of the Lanvin Hearts H&M collection. This line is a departure from other designer/fast fashion partnerships in that the goal, according to designer Alber Elbaz, was to create a luxury line for H&M rather than a mass market line for Lanvin. While that vision is apparent in the construction of the clothes, it’s also reflected in steeper prices than we’re used to from H&M. Is the trade-off worth it? Get the full post here. 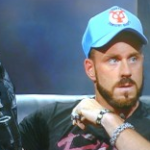 Sportsgrid brings us the news that the new Betty White is Brian Wilson! Wilson, like White before him, is the latest celeb to be the subject of a Facebook campaign urging “Saturday Night Live” to invite him to host. While Wilson might prove to be a highly entertaining sketch comedian, having sports figures host “SNL” has historically resulted in very…uneven results. Do we all remember the Charles Barkley episode? Never forget! To read the full post, click here. 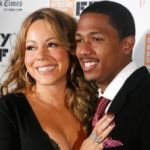 Haha: Gossip Cop busts rumors that Mariah Carey’s pregnancy is ruining her marriage. According to an anonymous source, Mariah’s demands are getting out of control, and Nick Cannon is being sent on errands at all hours to buy “medications, ranch-flavored potato chips and Tootsie Rolls.” Gossip Cop confirms the rumor is patently false, and it seems pretty obvious — wouldn’t they have staff to do that for them? Get the full post here.