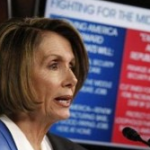 On Mediaite today: the hills are alive with election coverage! Nancy Pelosi claims that early returns suggest that Democrats might maintain a narrow hold on the House, an observation that is quickly making its way through the Twitter-sphere. She might be right, or she might just be using “The Secret” -type positive thinking to hold on to her job. Get the full post here.

Geekosystem reports that Expedia saved a whopping $12 million by deleting a single input field on their webpage. Apparently asking people to provide a “company name” irreparable confused customers who were upshifting their information, causing them to leave the site altogether. Adventures in web design! To read the full post, click here. 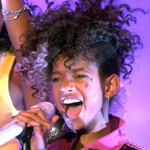 On Styleite today: Willow Smith continues on her path to world domination, performing her hit “Whip My Hair” on “Ellen” today. One might wonder, with all the exposure she’s gotten lately, if she has a few more songs up her sleeve, but one has to consider — she’s barely ten years old. She’s probably still mastering fractions. To see her impressive performance (regardless of age!), click here.

Sportsgrid has a video that must be seen to be believed: boxer Manny Pacquiao singing “Imagine” with Will Ferrell. I mean, it just makes sense. The clip features Pacquiao in jeans and a jacket, with Ferrell in the obligatory white suit, and both singers sitting on white stools, boy band-style, against a shell-pink background. I know. Just watch it. Click here. 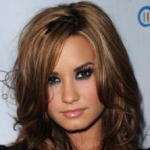 Gossip Cop sets the record straight on Demi Lovato, the Disney star who checked herself into a treatment facility this week. There has already been a rush to explain the circumstances surrounding the star’s decision, including rumors of fighting between Lovato and Joe Jonas’s new girlfriend Ashley Greene. While that story has been debunked, the real reason behind Lovato’s decision to seek treatment is unknown. We wish her the best! Get the full post here.