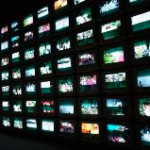 Mediaite has a list of places where you can get election coverage tomorrow night, and celebrate the end of the long national nightmare this midterm election has become. Diane Sawyer, George Stephanopoulos, Katie Couric and sometime-“30 Rock” star Brian Williams will all be on hand to help you make sense of it all! To see the full list, click here. 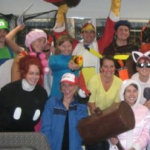 Geekosystem brings you one of the season’s great pleasures: a highlight reel of awesome Halloween costumes, courtesy of the creative team at Reddit. All of the featured costumes are impressive in both their detail and the commitment of the wearers, but special mention must be made of Philosoraptor and Futurama Head in a Jar. To see photos of all of the above, click here. 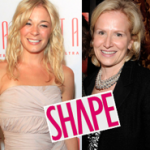 On Styleite today: the latest women’s magazine to totally screw the pooch is Shape, whose Editor-in-Chief  Valerie Latona issued an apology to readers for putting “husband stealer” LeAnn Rimes on the cover. Now Latona is attempting to argue the letter was meant to be a “private” note to Shape readers…because that makes it better? Read coverage of the whole saga here.

Sportsgrid covers the Bushes’ (41 and 43) appearance at Game 4 of the World Series in Texas. Apparently, despite screwing up the country in a myriad of ways, Texans still dig Bush the Younger just a little bit more than his dad. An important question is left unanswered, though — was the applause for the former presidents on par with the reception of Justin Bieber at Game 3? Get the full post here. 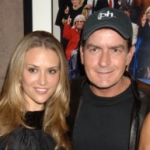 Surprising no one, Gossip Cop reports that Charlie Sheen and Brooke Mueller have filed for divorce. Apparently Mueller’s assault by Sheen was something the couple believed they could work through, but the hookers n’ blow shenanigans of the last week were too much for their marriage to bear. Who hasn’t been there? To read the full post, click here.