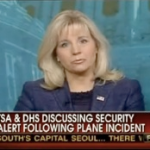 On Mediaite: like sands through the hour glass, so are attempts to exploit failed terrorist attacks for political gain! Today’s winner of the Classy Award was Liz Cheney, who concluded that the recent UPS bomb scare was a direct result of President Obama’s decision to try terrorists as regular criminals, rather than a natural outcome of a years-long “war on terror” that positively breeds insurgents. But sure, Liz Cheney, the president’s deference to the American judicial system is a plausible scapegoat too! Get the full post here. 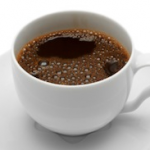 This makes literally zero sense: Geekosystem has the story of Michael Lee Bedford, who died after taking too much powdered caffeine. Apparently his dosage was roughly equivalent to 138 cans of Amp. Powdered caffeine is usually recommended in doses of 1/16 of a teaspoon or smaller, but apparently Bedford was eating packet after packet with gusto. Within minutes, he began to sweat and cough up blood. This is obviously a tragic story, but the larger question is why Bedford was mainlining caffeine at a party. Are his friends that boring? (Too soon?) To read the full post, click here. 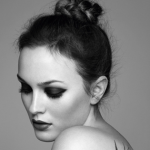 Styleite has a slideshow of Leighton Meester’s latest editorial spread in Marie Claire, and goodness gracious is she ever stunning. The images are in color and black and white, and are lush, striking, and about a billion other adjectives for “totally awesome.” This confirms my suspicion that the underrated Meester is actually the most talented/gorgeous actress on “Gossip Girl.” Serena who? See the rest of the slideshow here. 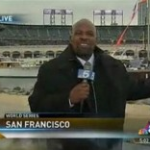 On Sportsgrid today: the stupendously named Newy Scruggs continues to kill it on local television. In this clip, Scruggs becomes distracted from covering a game by the odor of what he’s convinced is marijuana.  However — he says the smell is coming from a “weed rock,” which is either a designated spot to smoke marijuana, or San Francisco sports fans like to do really hard drugs in full view of reporters at games. Needless to say, Scruggs’s consternation (“The police aren’t even doing anything!”) is hilarious. Watch the clip here. 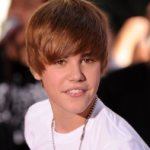 Gossip Cop reports that Justin Bieber will debut new music at Game 3 of this year’s World Series. Because if there’s one thing baseball fans love, it’s Justin Bieber. More ridiculous is that Bieber filmed the segment wearing gear for BOTH TEAMS. Pick a side, Bieber! It’s what grown-ups do! The broadcast will begin at 6:30pm, ostensibly to capitalize on the tween audience, and Kelly Clarkson will sing the national anthem. There’s a word for this, and that word is barf. Get the full post here.