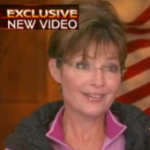 Mediaite has an interview with Sarah Palin on well-known political news program “Entertainment Tonight,” in which she gave a tour of her Wasilla home. Of course, talk inevitably turned to Palin’s plans for 2012, and she was as coy as ever, saying she’d of course consider a run for president “if there’s no one else to do it.” Naturally, this all hinges on whether a candidate exists in any universe who Palin believes is more qualified than she is. Here’s hoping! Get the full post here. 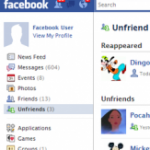 Is nothing sacred? Geekosystem reports that there’s an application you can download to see who has unfriended you on Facebook! All it takes is a simple installation through your own Facebook profile, a few easy instructions, and the details of your social pariah-hood are yours for the taking. Unfortunately, the application is not retroactive, so it’s not really worth downloading unless you anticipate pissing a lot of people off in the future. To read the full post, click here. 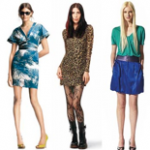 On Styleite today: Target continues to be awesome, releasing a greatest hits Designer Collective line, featuring designs from old designer lines for the store. This Spring, pieces from Proenza Schouler, Rodarte and Thakoon will hit stores for the second time. Check out a slideshow of the line here. 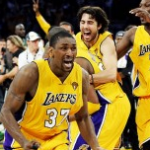 Uh, Sportsgrid reports that Ron Artest is selling his national championship ring? And the contest is called “Win My Bling”? Incredulity aside, the auction is for a good cause — proceeds will go to benefit various mental health charities. But really, buying and then wearing somebody else’s championship ring? That’s like seeing Justin Bieber wearing Phil Jackson’s championship ring today: WEARING IT DOESN’T MAKE YOU AN NBA TITLE-HOLDER! Sorry. Get the full post here. 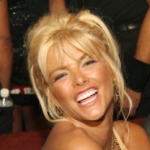 Oh, so sad: Gossip Cop reports that Howard K. Stern and Dr. Khristine Eroschevich have been convicted of falsely obtaining prescription medication for Anna Nicole Smith, medications that eventually led to her death in 2007 shortly after giving birth to her daughter. Stern has long since seemed like a shady figure in Smith’s life, and this conviction just confirms it. He’ll be sentenced in January; hopefully he gets what he deserves! To read the full post, click here.