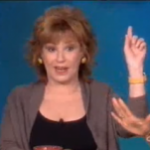 Mediaite continues its coverage of “The View” with a clip of Joy Behar absolutely killing it this morning during a heated discussion on Sharron Angle. Angle has come under fire for a campaign ad that depicts scary-looking Latinos making white students uncomfortable. Allow me to present Joy’s response to the ad: “I’d like to see her do this ad in the South Bronx. Come here bitch, come to New York! I’m not praying for her! She’s going to hell! She’s going to hell, this bitch!” Perfection. To see the clip and read the full post (you know you want to), click here. 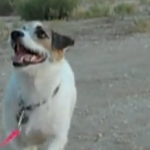 Adorable! Geekosystem has a YouTube video of Jesse, the world’s most helpful dog. He’s a Jack Russell Terrier who can open suitcases and wallets, draw the shower curtain shut, and clean sliding doors. His owner Heather assures viewers that he isn’t a 24/7 maid service, and has plenty of time to hang out and relax when he’s not wiping down her countertops with a dish towel. But I mean, who cares? It’s a cute dog doing household chores. Did you even read this? Just click here. 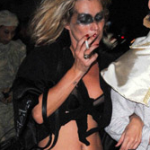 Sportsgrid has a new commercial from Miami Heat star Dwayne Wade, in which he plays “Agent D3″ and accepts a spy mission to…”bring the rings back to Miami.” I’m told this ad is supposed to be selling shoes. Also the spot is called “Dominate Another Day,” which would be ridiculous, except Wade crashes a motorbike through a window and brings it right back around to being awesome again. To see the ad and read the full post, click here. 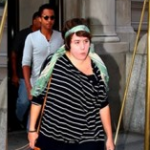 Uh oh: Gossip Cop takes on the National Enquirer, which claims that Tom Cruise’s daughter Bella, who he adopted with his ex-wife Nicole Kidman, can’t wait for her 18th birthday so she can move out of Cruise’s house (and reportedly get away from her stepmom Katie Holmes). Cruise’s rep says there’s no merit to the claim, but the girl is 17 years old. The real story would be if a teenage girl made it to 18 without threatening to pack up and leave their dad’s house even once. Get the full post here.