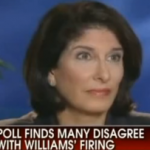 On Mediaite today: NPR continues to be a hotbed of controversy! James Rosen, appearing today on Megyn Kelly’s show, called for the firing of two more correspondents: Mara Liasson and Nina Totenberg. According to Rosen, Liasson’s appearances on weekend FOX programs are violations of the NPR ethics code. As for Nina? She often appears on Inside Washington with FOX correspondent Charles Krauthammer, but more importantly, apparently in 1995 she said that senator Jesse Helms was going to get karmic AIDS? Whaaaat? Get the full post here. 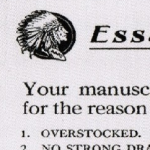 Yowch: Geekosystem has an old form letter from Essanay Film Manufacturing Company, the silent film company that gave Charlie Chaplin’s career it’s start. The letter was sent to screenwriters whose submissions were rejected, containing check marks beside the relevant points (out of a totaly of 17). It probably felt kind of good to know that while your manuscript might be “NOT OUR STYLE STORY,” at least it was not “ILLEGIBLE.” Alas, it was probably cold comfort for those told that “ROBBERY, KIDNAPPING, MURDER, SUICIDE, HARROWING DEATH-BED AND ALL SCENES OF AN UNPLEASANT NATURE SHOULD BE ELIMINATED.” See it here. 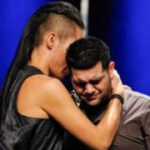 Styleite has a recap of the first part of the “Project Runway” finale, in which Michael C. was eliminated and had a…disturbingly epic breakdown. Though it would be heartbreaking to be kicked off after working so hard on a collection, Michael’s absolutely primal, out of control sobbing was kind of weird. Dude’s had a hard life, but still! The remaining three designers going to Fashion Week are Mondo, Gretchen and Andy, and as bad as I feel for Michael, that’s probably as it should be. To read the full recap, click here. 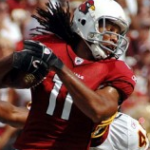 Sportsgrid ranks the top ten wide receivers in the NFL…by their number of Twitter followers. Fair enough! The top two are unsurprising — Chad Ochocinco and Terrell Owens — though I can’t help but think Chad might be getting a boost because of his “Dancing With The Stars” fame. Other notables: Carlos Santana-quoting Mike Austin and Chinese proverb aficionado Donte Stallworth. Get the full list here. 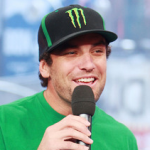 Gossip Cop reports that MTV host TJ Lavin is making a downright miraculous recovery after surviving a crash in Las Vegas last week. He was in a medically induced coma, but has since regained the ability to breathe and eat on his own, and he has apparently begun to recover his speech as well. Hopefully this is the beginning of a speedy recovery! To read the full post, click here.