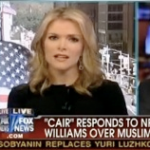 Mediaite has another highly entertaining Megyn Kelly interview, this time with Ibrahim Hooper of the Council on American-Islamic Relations. They were discussing NPR commentator Juan Williams’s recent firing over some not-so-smooth remarks he made about seeing Muslim people on planes. What really makes the clip extraordinary, though, is Kelly’s RAGE during the interview — at one point she actually says to Hooper “I’m the anchor, you’re the guest.” Yikes! Get the full post here. 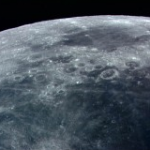 YESSSSS: Geekosystem reports that a recent NASA visit to the moon determined that there is enough water (and cheese, presumably) there to make it a possible site for a lunar base. The base could then be used as a pitstop for other missions further into space. Aren’t you guys excited for when 2012 happens and we all have to live there? To read the full post, click here. 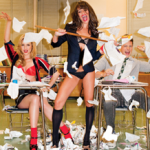 On Styleite today: the controversy over the “Glee” photo spread in GQ continues apace! This time, Dianna Agron issues a half-hearted apology on her Tumblr, in which she writes that while the shoot was not her “favorite idea,” she didn’t refuse to do it and bears some culpability. Maybe it’s just been a long week, but the controversy over what several young actors well over 18 decided to wear/not wear in a magazine intended for adult men seems a little bit…silly? Also, when is someone going to talk about the real mystery — why is Cory Monteith in long-sleeve t-shirts and jackets the entire time? Reverse sexism!!!!! Read the full post here.

Awkward? Sportsgrid has the story of a man so desperate to get into a Michigan-Michigan State game that he brought his unloaded M-16 rifle with him and pretended to be a member of the honor guard who was running late. Holy. Smokes. This apparently worked until the leader of the honor guard identified him as an interloper and he was asked to leave. I guess we should just be grateful he didn’t try and use a loaded weapon to get into a football game? (I know, I know, Michigan-Michigan State games are a big deal, BUT STILL!) Get the full post here. 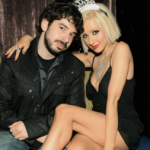 For the love of Pete! Gossip Cop has a disturbing story: Christina Aguilera apparently paid a visit to the emergency room for a split lip and bruises on her face shortly before she filed for divorce from her husband, producer Jordan Bratman. Speculation that the incident has something to do with the divorce proceedings is rampant, though it is being strenuously denied by a source close to the singer. Hopefully this rumor is just that. To read the full post, click here.