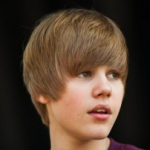 On Mediaite today: Justin Bieber is facing an accusation of assault! The teen pop sensation was out playing Laser Tag (as you do) when he was allegedly cornered by a group of youngsters. Here’s where reports differ: Bieber was accused of striking one of the boys, but TMZ, usually apt to believe the worst of people, reports that the boy making the accusation called Bieber a “faggot” and that the pop star didn’t touch him…lest he mess up his artfully floppy hair? To read the full post, click here. 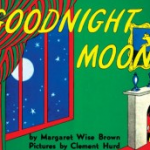 Apparently Goodnight, Moon is about aliens: Geekosystem reports that physics blogger Chad Orzel was compelled to solve the mystery of why the clock indicates that the bunny’s goodnight ritual takes an hour and ten minutes, while the movement of the moon suggests only six minutes have passed. The only way for this to be possible is if the bedroom is moving at an “extremely high velocity relative to the earth, so that relativistic time dilation makes the six-minute rise of the moon appear to take an hour and ten minutes.” So…they’re aliens. Get the full post here. 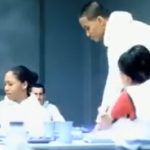 This is adorable: Styleite has the music video for Willow Smith’s single “Whip My Hair,” and in addition to being one of the youngest pop stars in recent memory, Smith is ferocious beyond her years. She sculpts her hair into a giant heart, dips it in paint, and splatters it everywhere, for pete’s sake. I defy you to watch this video and not A. instantly love Willow Smith, and B. wish that you were that cool when you were 9. To read the full post and see the video, click here.

On Sportsgrid today: how embarrassing! Olympian LaShawn Merritt has had his two year ban from track and field reduced to just three months. The embarrassing part is that the reduction in his sentence is because he was able to convince an arbitration panel that his positive test result for steroids was actually due to his ingestion of ExtenZe, a male enhancement drug. And apparently the linchpin of his defense was a random store clerk who remembered selling it to him? Come on, now! Although his willingness to admit to it suggests that he really wanted to clear his name, because let’s be real: the steroids are the less embarrassing offense. Get the full post here. 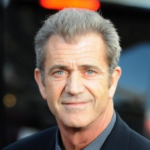 Blerg: Gossip Cop reports that Mel Gibson will have a cameo in “The Hangover 2,” in which he will play a tattoo artist based in Bangkok. Sure. You know, I thought after Mike Tyson they would have a hard time getting a worse human being to make a cameo appearance in the sequel, but this is pretty good. Who’s been signed for “The Hangover 3”? Jesse James? Ugh, that’s probably actually what’s going to happen. To read the full post, click here.