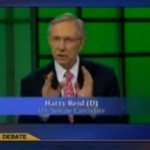 On Mediaite today: the debate between senatorial candidates Harry Reid and Sharron Angle was that rare meeting of political minds that elevated the general discourse and managed to cover all the issues of the day thoughtfully…just kidding. Highlight: Sharron Angle yelling at Harry Reid to “man up.” And I think they also talked about Social Security, but who knows/cares? At least no one used the word “whore.” See video from the debate here. 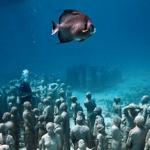 Geekosystem has some weirdly stunning photos of an artificial coral reef made from casts of real people. The artist behind the project, Jason de Caires Taylor, created the reef to stimulate coral growth in the Cancun and Isla Mujeres National Marine Park. The casts, standing in a silent crowd on the ocean floor, are both beautiful and eerie. Unfortunately, all I could think of was the scene in “Harry Potter and the Half-Blood Prince” when the zombie people come out of the water and attack Harry and Professor Dumbledore…but you know, there are fish too! And the water looks gorgeous! Check out photos here. 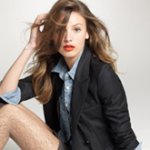 Un!Comfortable! Styleite brings us an unfortunate styling choice from J. Crew. A model featured on the homepage for shoes appeared to have forgotten to shave her legs. For the past two years. People being who they are, the photo was immediately passed around the internet like a copy of Playboy at a slumber party. It wasn’t long before everyone learned that the “hair” on the model’s legs was actually just the pattern on her flesh-colored tights, but the damage was already done. Lesson learned! To see the offending photo, click here. 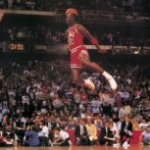 On Sportsgrid today: Michael Jordan gave a very confident interview in USA Today in which he estimated, given the stricter rules of play in the NBA today, that he’d be able to score 100 points in a single game. He also had some tepid praise for Kobe Bryant, his successor in both fame and national titles. Jordan said he would probably crack the list of top 10 players of all time. Does this make him seem a little jealous and shallow? Sure. But until Kobe Bryant makes his own “Space Jam,” Jordan can say whatever he wants. That movie is 88 minutes of pure genius. Get the full post here. 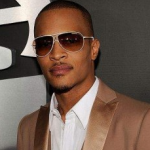 Poor T.I.: Gossip Cop reports that the rapper is in for another 11 months in prison, after his probation was revoked when he and his wife were arrested for drug possession in September. This bit of news comes at an unfortunate time — after all, T.I. just saved some dude’s life. Shouldn’t that count for something? Though a police officer who witnessed the rapper’s act of heroism testified on his behalf, it doesn’t appear to have helped. To read the full post, click here.