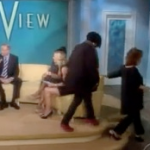 YES! Mediaite has footage of an even-more-epic-than-usual segment on “The View,” in which Joy Behar and Whoopi Goldberg became so incensed by guest Bill O’Reilly that they walked out. Apparently the last straw was when O’Reilly berated the ladies, telling them they should “shut up and learn.” Whoopi Goldberg responded by telling O’Reilly that what he was saying was “bullsh*t” and stormed out with Joy leading the way. Divassssss (and I don’t just mean O’Reilly)! Watch it here.

Continuing the streak of awesomeness today, Geekosystem reports that rapper Dr. Tweenus Gonzo (perfection) has released a concept album online based entirely on the first 24 episodes of “Fresh Prince of Bel-Air.” He’s followed Radiohead’s example and allowed listeners to download the album for free or make a donation. The upside to paying for a CD? You can choose from 24 different cover art options, also inspired by the show. Only one question remains: does he cover the theme song or not, and if not, WHY?????? To read the full post, click here. 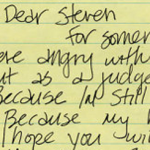 Gossip! Styleite has a handwritten letter from Madonna to Steven Meisel, circa 1991, in which she rants to him about living in Chicago like a high schooler passing notes to her BFF in 3rd period. I think goes without saying that it is awesome. Madonna is a pretty charming and funny pen pal, and hints at a future collaboration with Meisel that would put them both squarely in the national spotlight. It’s so fun to see history being made! To get a full transcript, click here. 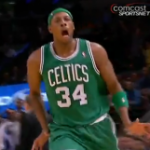 On Sportsgrid today: Paul Pierce of the Boston Celtics scored a game-winning shot on Wednesday, beating the Knicks 104-101. How did he find it in himself to end the game? He had dinner reservations he couldn’t miss, duh. Apparently it was Pierce’s birthday and he had a reservation in Manhattan that he was really looking forward to. Who hasn’t been there? And also, congratulations on the win? Bet the Knicks wish it had been somebody’s birthday! Get the full post here. 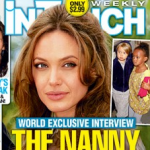 Gossip Cop has the latest report on rumors surrounding the Jolie-Pitt clan (and of course, all the blame falls on Angelina for raising a pack of heathens). According to a former nanny, the kids are incredibly badly behaved, and curse and fight with one another constantly. While the squabbling might be believable, the story quickly veers out of controls, with rumors of young Maddox swilling wine and driving illegally on the family property. Come on — with all the paparazzi surrounding these kids all the time, is it really possible that no one was able to get a photo? Read the full post here.