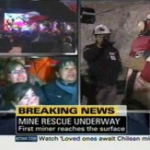 Mediaite reports simultaneous victories for humanity and cable news: CNN got the biggest ratings increase from their coverage of the release of the Chilean miners. MSNBC benefited the least from their live coverage of the triumph of the human spirit, falling behind both CNN and FOX. It looks like CNN’s streak is about to end, though, because tonight they are gifting viewers with noted snooze fest “Parker Spitzer” and the probable snoozefest that is the Delaware Senate debate. To read the full post, click here. 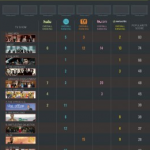 On Geekosystem today: a list of the top 10 TV shows, according to the internet. The list is waaaaay different than what’s usually reported for networks (isn’t “Two and a Half Men” in, like, the top 10?). Critically beloved but low-rated shows like “Mad Men” reign supreme on this list, but it might be too reliant on picks from the critical establishment as they failed to factor in things like Twitter buzz. And if Justin Bieber has taught us anything, it’s that Twitter buzz is a very powerful thing. Get the full post here. 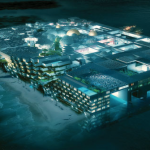 Yes, please: Styleite has the scoop on Karl Lagerfeld’s plans to design an island in Dubai. Savor those words for a moment. The plan is to have about 150 residential units and three hotels on the island, and the accompanying pictures suggest that the design aesthetic will be something along the lines of “piles and piles of money.” The bad news: the island isn’t supposed to be completed until 2014. Darn it, the world is supposed to end in 2012! We’re NOWHERE! See the slideshow here.

On Sportsgrid today: Gilbert Arenas, who plays for the awesomely named Washington Wizards, reportedly faked an injury so that one of his teammates, Nick Young, would be able to play. Post-game, Arenas referred to his deception as a “sacrifice,” noting that Young had been frustrated at his lack of playing time. Though he apparently does not believe he’ll be staying with the Wizards (hee!) for much longer, it’s still a stupid idea to lie to your coach and then out yourself to reporters on the same day, no? To read the full post, click here. 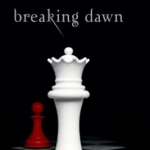 OMFG: Gossip Cop has a bunch of casting updates for “Breaking Dawn,” in which, shortly after graduating high school, Bella Swan gives birth to a hybrid human/vampire that chews its way out of her womb. You heard me. There are quite a few roles to fill in this final installment, as it features several international vampire covens (I know), but some notable inclusions are “Pushing Daisies’s” Lee Pace and “Veronica Mars’s” Valorie Curry. To read the full list, click here.