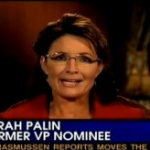 Mediaite has video of Sarah Palin dispensing some of her solid-gold political advice to Senate candidate Christine O’Donnell. The former governor of Alaska argued that, rather than distance herself from remarks about practicing witchcraft in her youth, O’Donnell should play up her spooky past and draw comparisons between that and the “voodoo politics and economics” currently ensorcelling everyone on Capitol Hill. Oh, Sarah Palin, how quickly you forget — not everyone can just say a bunch of random words and be treated like a credible candidate for office! You are special. Watch the clip here. 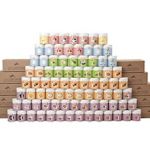 Costco really does have everything: Geekosystem reports on a current offer at the store, where $800 will get you enough freeze-dried and dehydrated food to live on for a year. The price isn’t going to stay low for long, though — buyers will have to pay $1000 for the lot after October 11th. It’s not clear what will happen in the next few days to make the price jump 25%, but one thing’s for sure: this is really going to come in handy when the planet explodes in 2012! Read the full post here. 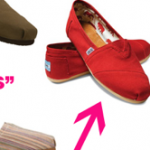 On Styleite today: Shame on you, Skechers! And not just for continuing to exist despite being super ugly! Apparently the shoe manufacturer has released a line called BOBS Shoes, and they look suspiciously similar to those infamous hipster favorites, TOMS Shoes. Though the Skechers line is purportedly for charitable purposes, this reeks of foul play (you know, like how shoes reek! Get it? Never mind, I’ll show myself out.) See for yourself here. 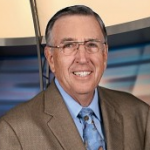 Sportsgrid has some Real Talk from famous sports commentator Brent Musburger. While addressing students at the University of Montana, Musberger argued, “Here’s the truth about steroids…they work.” When given an opportunity to backtrack Musberger said he’d stand by his remarks but that the issue should ultimately be up to athletes and their physicians. Well played, Musberger. Read the full post here. 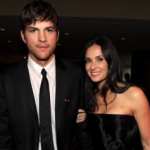 Gossip Cop covers the inevitable flameout of the Kutcher-Moore sex scandal. Brittney Jones, the woman who originally claimed to be having an affair with Kutcher, has embellished her story to include a relationship with Moore that included threesomes with other women. Apparently the problems began when Kutcher and Jones became involved without Demi. Alas, if this was the first sex scandal of its kind, she might be believed. But this is not America’s first rodeo, and it looks like Brittney Jones is on the fast track to total obscurity. Oh, cruel world! Get the full post here.