Mediaite has video of senatorial candidate Joe Miller on Megyn Kelly’s show today, ostensibly there to settle the controversy surrounding his reluctance to endorse Sarah Palin as a presidential candidate. Miller totally failed to make anything clearer, though, saying only that he believed that Sarah Palin met all the legal requirements necessary to run for president. That sounds like the weakest, most lukewarm “endorsement” of all time. Watch the clip here. 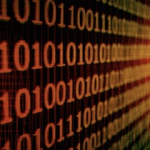 Well, this is reassuring: Geekosystem covers an experiment run by the Board of Elections and Ethics in Washington, D.C., in which students were invited to hack into its online pilot program designed to record absentee votes. Apparently it was pretty darn easy to hack; one group of students left their school’s fight song as a calling card. Additionally, all votes cast using Macs were recorded as blank. It’s a conspiracy!!!!!!!!!!! Read the full post here. 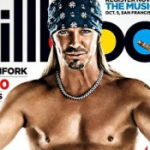 MY EYES: Styleite covers Bret Michaels’s truly frightening Billboard cover, in which the rock star appears naked but for “MAXIMUM EXPOSURE” ironically stamped over his groin. Michaels claims his abs on the cover were due to starvation and emergency crunches, but I’m a little skeptical given that his face was Photoshopped to the point of looking like a cross between Skipper, Barbie’s little sister, and a block of driftwood. Just saying. Get the full post here. 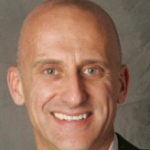 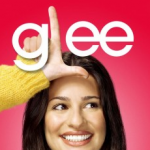 On Gossip Cop: apparently, “Glee” has surpassed The Beatles in number of songs on the Billboard Hot 100. After last week’s Britney Spears episode, the show has racked up 75 songs on the chart so far, compared to the Beatles’ 71, putting them in 3rd place overall. Question — if we subtract any Beatles covers on the show from that number, are they still ahead? To read the full post and see who holds the #1 and #2 spots in the record books, click here.