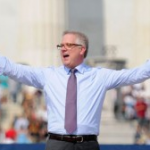 Mediaite reports that the Washington Post’s Dana Milbank is making the rounds promoting her new book: “Tears of a Clown: Glenn Beck and the Teabagging of America.” First of all, hilarious title. Second, a key argument of Milbank’s is that Beck is speaking in secret Mormon code when he says things like “the Constitution is hanging by a thread.” Um, that theory sounds as nutso as Beck usually does. Get the full post here. 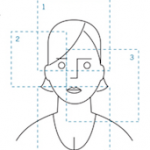 Styleite covers a V Magazine spread that may cross the line from “edgy” to “gross.” Photographer Mario Sorrenti places his model Natasha Poly in a series of bizarre situations, including being covered in bugs while she lays on the ground? The images are apparently supposed to be surreal, but the picture of Poly maybe fellating some dude’s fist is just kind of weird and yucky. Maybe this is why I’m not the editor of a fashion magazine. To read the post and see an accompanying video, click here. 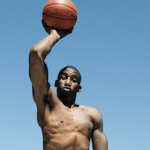 On Sportsgrid today: Amar’e Stoudemire, former Phoenix Sun and restaurant scion (seriously, Stoudemire’s had to close?! Have a heart!) is very naked in the aptly named “Body Issue” of ESPN Magazine. Stoudemire’s photo is the latest in a series including goalkeeper Tim Howard and a number of obligatory female athletes. None of this is important: just trust me when I tell you Stoudemire is a sight to behold. To read the full post, click here. 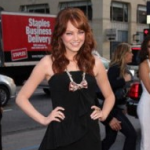 Gossip Cop reports that the “Spiderman” reboot will be a veritable who’s who of young Hollywood. In addition to “The Social Network” star Andrew Garfield as Peter Parker, Emma Stone is slated to play Gwen Stacy in the remake. This is a bit of a surprise, as Stone was originally up for the role of Mary Jane Watson. That role, however, may be going to “Harry Potter” star and current American college student Emma Watson. How does she find the time to study?! Get the full post here.