Grumpy older man alert! Mediaite has video of Aaron Sorkin’s appearance today on “The View.” Sorkin was on the show to promote “The Social Network,” the highly anticipated Facebook origins story coming out October 1st. Sorkin penned the script for the movie, but is decidedly unenthusiastic about the way that Facebook has changed friendship. He compared Facebook’s brand of socialization to the “reality” of reality television, though more than anything else, as Mediaite pointed out, Sorkin’s vendetta against social media just makes him seem old. Get the full post here. 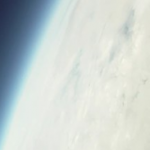 On Geekosystem today: the coolest dad ever, Luke Geissbühler, collaborated with his children to send a weather balloon into space with an HD camera attached to it. The balloon reached 100,000 feet and was able to record images of space before falling back to earth, where it was located during the night using the external LED light attached to the camera. My question: how did they make sure it would fall back to earth close enough to be easily retrievable? Read the full post here. 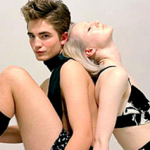 HAHAHA: Styleite has discovered a true gem in the blog The Internet Never Forgets, which posts photos of various early career mistakes made by the likes of Chace Crawford and Robert Pattinson. The site is a great reminder that, before they were heartthrobs, they were a smiling shirtless cowboy posing with bales of hay in the background, and a poor man’s Billy Idol impersonator, respectively. This slideshow is the best thing you’ll see all day, guaranteed. Click here.

Sportsgrid has a truly remarkable story about Jacksonville Jaguars receiver Kassim Osgood…well, it’s actually about his girlfriend, but for good reason. Mackenzie Rae Putnal was at home with Osgood when her ex-boyfriend, Julian Armond Bartletto, invaded the couple’s home wielding a gun. Unfortunately for him, Putnal also had a gun and retrieved it, firing several shots at her ex. Luckily, no one was hurt and Bartletto was subsequently arrested, but let’s take a moment to tip our hats to Osgood’s commando girlfriend! Read the full post here. 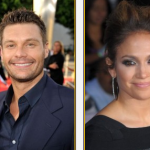 On Gossip Cop today: ever eager to invent drama where there is none, In Touch Weekly reports that there is already a diva-off brewing between Jennifer Lopez and Ryan Seacrest. Seacrest is apparently put out by Lopez’s many demands, and is concerned that she is acting as though she’s a bigger star than he is. I mean, she was in “The Wedding Planner,” and it’s a scientific fact that that movie RULES. Unfortunately for In Touch, reps for the show, Seacrest, AND Lopez deny that there’s any bad blood between the two. Get the full post here.