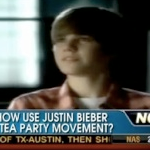 On Mediaite today: well, CBS managed to include several people’s worst nightmares in a single”CSI” episode! The ep featured heartthrob Justin Bieber, who plays a teen (what a stretch!) embroiled in a suspiciously Tea Party-esque scheme (…probably a stretch!). Luckily, FOX’s Megyn Kelly had Lars Larson on her show to ask the important questions: namely, is Hollywood trying to “demonize average Americans”? I mean, what else are they supposed to do with all that money and time? Watch the clip here. 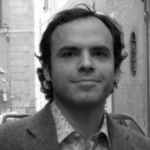 Wow – Geekosystem reports that Hossein Derakhshan, a pioneering Iranian blogger, has been sentenced to 19.5 years in prison by the Iranian government. His crime: “cooperation with hostile states, propagating against the regime, propagation in favor of anti-revolutionary groups, insulting sanctities, and implementation and management of obscene websites.” Though Derakhshan began as a relatively liberal blogger, he embraced the Ahmadinejad regime more intensely as his career went on. Apparently, the change of heart was not enough for Iranian authorities. Hopefully there is some way out of this for him. Read the full post here. 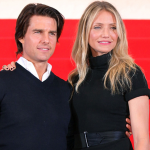 Hmm. Styleite wonders if Tom Cruise is engaging in some footwear-related trickery while promoting his film “Knight and Day” in Japan. Without heels, Cameron Diaz is 5’9″, while Cruise clocks in at 5’7″. But Diaz is wearing at least 4-inch heels, and there appears to be only the slightest height difference between them! I’m of the opinion that Cruise’s shoes look waaaaaay too high in the back for there to be no platform heel, but to see for yourself and vote in Styleite’s poll, click here!

On Sportsgrid today: the (possibly) depressing revelation that it takes more than an illegal dog-fighting ring and large-scale animal abuse to make America turn on you! After being promoted to starting quarterback for the Philadelphia Eagles, sales of Michael Vick’s jersey have skyrocketed. This is particularly noteworthy given that sales of his jersey were suspended during the whole dog-fighting fiasco, and some stores didn’t even bother to stock them when they first became available again. Everyone loves an underdog! (Too soon?) Get the full post here. 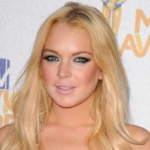 Gossip Cop has all your latest Lohan news! The troubled actress has entered rehab for the 5th time, after failing a drug test that was the result of a parole violation, which was itself due to her DUI arrest over 3 years ago. Girl can not stay on the right side of the law! What’s encouraging about this time is that her decision to go to rehab was entirely her own. Hopefully this is the first step to getting straightened out for good. Get the full post here.