Mediaite has video of Glenn Beck delivering what he clearly thinks is the world’s sickest burn: he cautions that Jon Stewart and Stephen Colbert, whose joint rallies are clear parodies of Beck’s “Restoring Honor” rally, will “go the way of Oprah Winfrey” if they’re not careful. Now, what exactly does “[going] the way of Oprah Winfrey” mean? Hosting a wildly successful television show for some 50-odd years? Leaving said TV show to create their own network? Publicly struggling with their weight? As with everything Glenn Beck says, the answer is unclear. To read the full post and watch the clip, click here.

On Geekosystem today: the menu at your local Johnny Rockets just got more complicated! Apparently, the price of 2 pancakes at the restaurant chain is $4.99, which is exactly the same as the price for 3 pancakes. There are a number of theories as to why this is so, each one more perplexing and sinister than the last. Weirdest of all is the suggestion that the mistake might be on purpose, so as to attract the ire of fake-diner aficionados and bloggers alike. Could Johnny Rockets really be that media savvy? Really?? Johnny Rockets?! To read the full post and ponder that question yourself, click here. 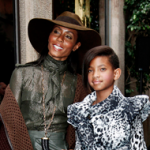 Styleite has news of Naomi Campbell’s latest celebrity BFF: it’s Willow Smith! Yes, that Willow Smith. The two were seen palling around at the Dolce & Gabbana show over the weekend, and Willow even attended a party with mom Jada Pinkett-Smith that celebrated Campbell’s 25th year in the fashion business. Ever the iconoclast, Willow held her own amongst the grown-up fashionistas, and looked like she had a great time. The question remains, though…didn’t she have homework to do or something? To read the full post and see a slideshow from the event, click here. 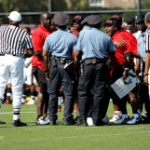 Good work, adults! Sportsgrid reports that a high school football coach in Brooklyn was let go after he mooned the crowd in response to a controversial call. I just…don’t know what to say. The mooner’s name is William Miller, and he was working as an assistant coach at the Brooklyn Boys and Girls High School, until he could no longer resist the primal urge to moon people, I guess. Miller’s mother weighed in on the controversy: ““That doesn’t sound like him, that he would show his behind…I can’t see him doing that.” If only her son could live up to her lofty expectations! Read the full post here.

Today in blecchh: Gossip Cop reports that Ashton Kutcher may be developing a sitcom inspired by Twitter. As Gossip Cop rightly points out — wasn’t this already done, with William Shatner? And it’s called “$&!# My Dad Says”? And it’s heinous? And if it isn’t already canceled or close to it I’ll eat my hat? Apparently this is of no concern to Kutcher, whose show is going to follow the hijinx of a Tweeter’s wacky roommate. And it’s called “Shh…Don’t Tell Steve.” Read that tragic sentence again. Let it marinate, then get the full post here.