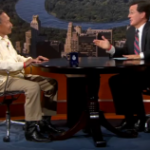 Well, this seems worthwhile: Mediaite reports that Steven Colbert is going to testify before Congress. He’ll be accompanying Arturo S. Rodriguez, the president of United Farm Workers of America. Rodriguez has appeared on Colbert’s show, and Colbert spent a day working on a farm in New York State this past August. It still doesn’t make any sense for Colbert to be testifying on his behalf, although rumor has it he may be appearing in character. Oh. That makes things…more confusing? Get the full post here. 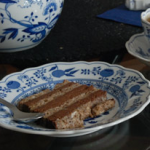 This is so delightfully British! Geekosystem has a post on tea sets created by artist Yvonne Lee Schultz that include porcelain pistols modeled after James Bond’s guns, the Walther PPK and PP9. The intent of the sets, according to the artist, is to place the buyer “in a quandary between the luxury of pleasure and violence.” BEEN THERE. To see photos and read the full post, click here. 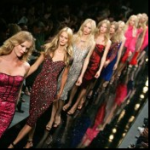 Cripes! Styleite has a post on “Picture Me: A Model’s Diary,” a documentary depicting the lives of real models directed by Sara Ziff. Above all, the film highlights the ways that fashion can be an oftentimes unforgiving and unscrutinized industry, to the detriment of many young women who aspire to be a part of it. Among the harrowing revelations in the documentary — models eating rice cakes and cotton balls to stave off hunger and stay skinny. To see a clip and read the full post, click here. 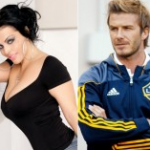 Another day, another sex scandal involving a professional athlete — Sportsgrid reports that former prostitute Irma Nici has revealed (or perhaps “revealed”) that she was briefly involved with David Beckham in 2007. This is noteworthy because, in addition to being a soccer wünderkind, Beckham is also one of the most famous husbands in the world. Mr. Posh Spice’s rep released a statement calling the allegations “completely untrue and totally ridiculous,” and, well, it’s not totally out of the realm of possibility that someone would make up a story like this hoping to have their own Michelle “Bombshell” McGee moment. Decide for yourself — read the full post here. 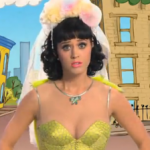 Gossip Cop has the scoop on the latest “Sesame Street” controversy. Apparently, a segment Katy Perry filmed with Elmo, in which she sings a more kid-friendly version of her hit “Hot and Cold,” has been pulled from the episode. The reason? Perry’s outfit was deemed too racy for the show — apparently enough parents complained to make the producers axe the whole thing. Gossip Cop has the full video, though, and it’s worth watching — if only because Perry’s weirdly bridal outfit, the sanitized lyrics and green-screened set are like something out of a fever dream. See it here.