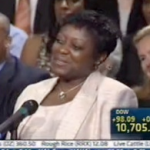 Mediaite has an uncomfortable exchange between President Obama and one of his supporters, a woman who described herself as a “middle class American” who is tired of defending Obama’s policies to critics. Obama did his best to defuse the situation with humor, and gave the woman a long, professorial answer to her question. Trouble is, this kind of exchange will do little to close the huge gap in expectations that exists between Obama and the people who voted him into office in 2008. Can he connect with voters the same way he did two years ago? Get the full post here. 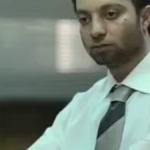 Geekosystem has anticipated exactly what you need on this Monday afternoon: Chinese cheese commercials featuring pandas begging people to share their cheese. Naturally. Oh, and the soundtrack is Buddy Holly’s “True Love Ways.” Whatever you’re picturing in your head right now is probably exactly accurate. What is it about pandas that make them the ultimate marketing tool? I defy you to name another living creature that is cuter. To see the commercial, click here. 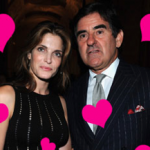 So, so weird: Styleite reports that supermodel Stephanie Seymour and her estranged husband Peter Brant have called off their divorce. Now, we might be willing to believe that this is a case of all’s well that ends well, “Parent Trap”-style, except that the divorce proceedings have been exceptionally ugly. He accused her of being an alcoholic and a drug addict, she accused him of hiring people to follow her, and so on. Apparently it is all water under the bridge, however, as the couple entered the court for their final hearing holding hands. That is just…completely bizarre. To get the full story, click here. 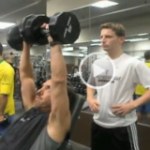 Part one in a series on Sportsgrid, “The Steroids Workout: Day 1” is an interesting look at the aftermath of heavy steroid use. Paul Solotaroff, author of “Body Shop,” which chronicles his time as a musclebound steroid addict (and recreational drug user), runs a gym in Brooklyn and is a contributor to Men’s Health. His perspective on steroid use is fascinating, as he recognizes the toll it took on his body while also acknowledging the, um, boost it gave to his career (sorry). Lest you be left with the impression that all it takes to get over chronic steroid abuse is a couple of decades, Paul is still living a difficult life — he can’t ever eat ice cream. I mean, really. To read the full interview and see the accompanying video, click here. 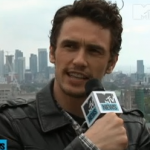 James Franco’s brand of in(s)anity can be trying at times, but Gossip Cop has an amusing interview with MTV in which Franco compares the infamous “Tent Scene” from “Eclipse” (3rd movie in the “Twilight” series, for all of you lucky enough to not be 12 years old) to the award-winning drama “Brokeback Mountain,” which was, if you’ll recall, a story about gay cowboys. Franco describes the scene between romantic rivals Edward Cullen and Jacob Black as a “romantic moment,” and, well, he’s not exactly wrong. To see the clip and read the full post (and then choose: TEAM EDWARD OR TEAM JACOB??????), click here.