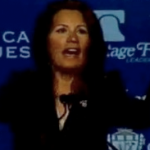 On Mediaite today: well, we can add another item to the list of things Michelle Bachmann is confused about. She gave a speech at the Values Voters’ Summit today in which she appeared to not be certain whether it was the Declaration of Independence or the Constitution that forms the backbone of the U.S. legal system. Choice quotes included “That power emanates from an all-mighty God, and then God confers upon the individual power, and then the individual, in turn, confirms a portion of that power on the government, reserving all the remainder of the power to themselves.” Got it? Not that any of this matters, because if one was required to make sense in order to hold public office, Michelle Bachmann probably never would have been elected. Read the full post here. 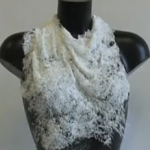 Geekosystem has a baffling video demonstrating the latest in spray-on clothing technology. According to the creators, once made, the clothes can be removed, worn again, and even washed. They apparently drew their inspiration from early fabrics like felt, which didn’t have to be stitched together. After watching the video, however, an important logistical issue presents itself: wouldn’t the person using this stuff also have to have someone available to spray their clothes onto them every day? I’m just saying, it would hard to make sure that your back was covered! Click here to read the post and see the clip. 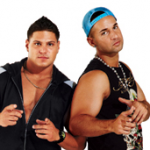 Styleite covers GQ‘s recent makeover of the “Jersey Shore” men (er, bros?). Those fashion magazines love making over that cast, don’t they? In this particular shoot, the guys’ obnoxious, ill-fitting gym-wear is replaced by sleeker, more expensive workout gear. The effect of the clothes is pretty minimal, but toning down their hair and encouraging them to smile does wonders! Seriously — I’m going to spend the rest of the weekend trying to get over the realization that, without his insane hair helmet, Pauly D is kind of a fox. See the “Before” and “After” shots here. 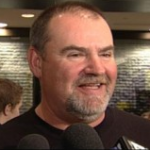 Um, what? Sportsgrid covers the strange, confusing story of former NHL coach Pat Burns, who was rumored to have died from lung cancer at 58. Unfortunately, while it is true that Burns suffers from cancer, it was not true that he had died. Hockey analyst Bob McKenzie tweeted about Burns’s “death,” and the story snowballed from there. Luckily, Burns was on hand to personally set the record straight, and McKenzie handled the shock with aplomb. He tweeted “Done, my friend. Done. What a beauty. A great man, a great friend. Just leave him the hell alone.” Well, that ended about as well as it could’ve! Get the full post here. 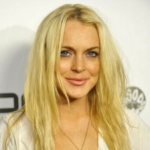 It appears that the girl can’t help it — Gossip Cop reports that Lindsay Lohan may have failed her court-mandated drug test. Supposedly the actress tested positive for cocaine, although the District Attorney’s office hasn’t yet been notified. If Lohan tests positive, she faces another 30 days of jail time. When asked by Gossip Cop if the rumor was true, the actress replied with a terse “No.” Hopefully she’s right! To read the full post, click here.