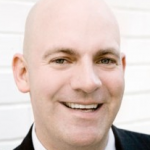 On Mediaite today: a member of the Log Cabin Republicans wonders why he can’t get booked on “The Rachel Maddow Show.” R. Clarke Cooper, both an Army Reserve captain and a leader of the movement to repeal the military’s “Don’t Ask, Don’t Tell” policy, has been heavily featured by other media outlets as a poster child for the rights of gays in the military. Cooper says he’s been able to get airtime on conservative shows pretty easily, but for some reason Maddow’s show remains elusive. Given her commitment to exposing the ridiculousness of DADT and her previously expressed desire to have more Republicans on the show, one has to wonder: what gives? Get the full post here.

Interesting! Geekosystem has a story on the colors that dominate the internet. Turns out, blue and red are far more prevalent than purple, gray, yellow or green. There’s lots of speculation as to why this is: some believe that companies tend to stick with the colors they used when they were startups, and were subsequently imitated by other up-and-comers. Interestingly, Geekosystem’s green color scheme falls mostly outside of the norm — as does Styleite’s, Mediaite’s and Gossip Cop’s. What does it all mean? To read the full post and see a truly mesmerizing infographic, click here. 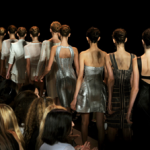 Oh, Max Azria: Styleite reports that the designer’s showing at fashion week was noticeably, well, whiter than other shows this year. In addition to light shades of clothing, Azria’s models were almost uniform in skin tone. Unfortunately, it doesn’t look like this can be written off as a fluke — Azria’s shows were exclusively white for seven seasons in this decade alone. Yikes. Azria countered this observation with one of his own: “I think I am the king of fashion in diversity.” If you say so, dude! Read the post here.

Sportsgrid has a clip of Rush Limbaugh commenting on the Ines Sainz controversy, and excoriating those who would try to restrict her choice of clothing. Sainz, you’ll recall, was harassed by members of the New York Jets when she stopped by their locker room for an interview. Lest this sound too weirdly feminist to be said by Limbaugh, fear not — he also digresses at length about her various “assets” and concludes that female reporters should be able to wear whatever they want…so that they look sexy enough to merit an interview? Enjoy the insanity here. 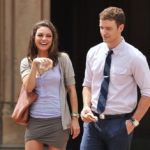 On Gossip Cop today: imagine that! A magazine insinuating that two stars are dating who actually aren’t dating at all! This rare event occurred in Us Weekly, in which it was insinuated that Justin Timberlake and Mila Kunis were more than friendly co-stars on the set of their latest movie. Us even went so far as to conclude they had to be dating because Timberlake had cheated on girlfriend Jessica Biel before — which also turned out not to be true! Can what Us Weekly magazine does even be called “journalism” anymore? Get the full post here.