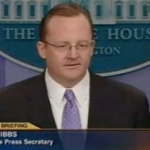 Mediaite has video of a moment of candor in the White House Press Room (like spotting a rare butterfly flying beneath a double rainbow…). Press Secretary Robert Gibbs was asked about President Obama’s plans to alter the current tax code in an attempt to give a boost to the still-flagging economy. Although many political figures are careful to avoid criticizing the Bush tax cuts, Gibbs admitted that the current economy “isn’t hurting people who are making $800,000 a year, this economy’s hurting families who are making $40,000 a year.” This, coupled with Obama’s fiery Labor Day speech, could signal a sea change for the administration…then again, it could just mean more of the same. To see video of the press conference, click here. 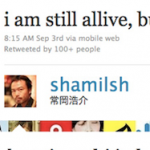 Holy Moses. Geekosystem has the epic story of a captured Japanese journalist who managed to alert rescuers to his location in Aghanistan via Twitter. In what seems like a scene out of a movie, journalist Kosuke Tsuneoka managed to tweet that he was alive, as well as his location, under the pretense of showing a guard how Twitter worked on his new cell phone. Though it remains to be seen whether it was his Tweets that freed him, or his recent conversion to Islam, it’s undeniable that Tsuneoka is what is scientifically known as a total baller. Congratulations on your newfound freedom, Kosuke! Get the full post here. 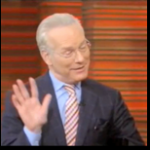 On Styleite today: feud alert! It’s a clash of the titans as Anna Wintour takes on Tim Gunn’s allegations of diva-licious behavior. Gunn described encountering Wintour once as she was literally being carried down several flights of stairs by bodyguards. When he shared this anecdote with The New York Post, Wintour reportedly lost it — which does little to dispel the rumors of her difficult personality, and gives even more credence to Gunn’s story. Never one to be intimidated, Gunn proudly retold the story to Regis and Kelly today. To see the clip and giggle further about the image of Wintour being carted around Manhattan like a sack of (very small, perhaps nearly weightless) potatoes, click here.

Sportsgrid has news of a pairing so natural, so obvious, it’s like peanut butter and chocolate — NASCAR and BET are teaming up to create a new show! As bizarre as this partnership might seem, the concept is kind of interesting: the show primarily follows female and minority drivers, an exciting departure from the very white, very male NASCAR norm. The show’s success, however, will probably depend less on the original angle and more on whether NASCAR fans decide to tune into BET, and whether BET viewers will decide to suddenly start caring about the most redneck sport in the land (come on, you were thinking it!). To read the full post, click here. 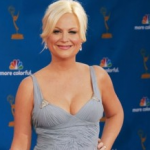 Exciting news today on Gossip Cop! “SNL” alum and all-around funny lady Amy Poehler is scheduled to host the show’s premiere on September 25th. She’ll share hosting duties with Katy Perry and be on hand to welcome several new cast members as well. Generally, “SNL” hosts who are also ex-cast members have a pretty good track record, especially with regard to female performers — Tiny Fey’s reappearances on the show during the 2008 election were comedy gold. Hopefully Poehler will be able to generate the same kind of magic. And hopefully the new cast members don’t totally suck. Get the full post here.