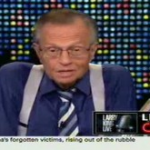 On Mediaite today: a round-up of CNN’s summer ratings guaranteed to make just about everyone at the network cringe. Leading the pack was Larry King Live, whose host had his worst month in ratings since October of 1991. It’s such a pity that he’s un-retired! CNN has some new blood coming in in the fall in the form of Elliot Spitzer, Kathleen Parker and possibly Piers Morgan, but it can’t come soon enough as the network fell behind both FOX and MSNBC. To get the rest of the stats, click here. 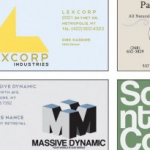 Geekosystem brings you a post guaranteed to tickle film and television lovers alike — artist Fernando Reza has created business cards for a number of fictional companies, and is selling them (for a limited time) through his blog. Everyone from Dunder Mifflin to Bluth Company to the Umbrella Corporation is represented, and the sleek designs and bright colors are both modern and fun. It’s enough to make you want to work for the Soylent Corporation! To see more of the cards and get a link to Reza’s blog, click here. 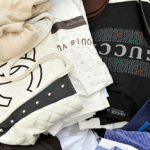 Contrarian alert! Styleite has the story of a study done in Britain that concluded that the thriving designer knock-off trade might not actually be as harmful for brands as was previously believed. A co-author of the study argued that more attention should be paid to counterfeit drugs and other products with more potential to do serious harm to citizens. But is counterfeit fashion harmless simply because the immediate effects of its sale aren’t catastrophic? Styleite respectively disagrees. Click here to read the full post. 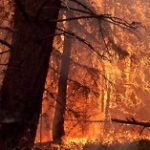 Sportsgrid has the story of someone who really should have stayed home last weekend: a golfer at Shady Canyon Golf Course in California accidentally struck a rock when he swung his club to take a shot. This errant swing created a spark, which turned into a forest fire that required 150 firefighters on the scene in order to be subdued. Seriously — all this because of a sloppy swing of a golf club. Remind me why anyone plays this sport again? To read the full post and swear off golfing forever (No? Just me?), click here. 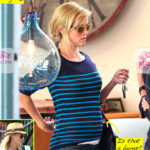 Gossip Cop busts another rumor about a Hollywood star’s non-existent pregnancy. Today’s victim is Reese Witherspoon, whose striped sweater was proof enough for Hollywood Life  to speculate that she was with child. Amusing as it is to accuse actresses of putting on weight under the guise of being excited about their hypothetical pregnancies, Hollywood Life gets this one wrong again! When called for comment, Witherspoon’s rep responded emphatically that she is “not pregnant.” To read the full post, and get a peek at the original incriminating photo, click here.