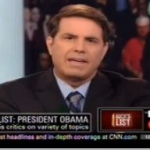 Oh, dear. Mediaite has a video today of Rick Sanchez on CNN calling Obama “the cotton picking President.” Sanchez was in the middle of a heated discussion regarding the recent controversy over the president’s religious background with Jessica Yellin. After the show returned from a commercial break, Sanchez apologized for the remark, but…well, it’s hard to come back from that. To read the full post and see the cringe-inducing video, click here. 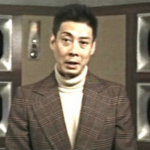 On Geekosystem today: Hey! Anyone looking for something to make their brains leak out of their ears on September 13th? You’re in luck, as London’s Prince Charles Cinema is going to run a 4 day marathon of every single episode of “Lost” ever. Apparently the theater is as worried about the possible side effects of 100+ episodes of “Lost” as I am, as they have arranged for paramedics to be on site in case anyone collapses from…sheer confusion? I’m just waiting to hear about “Lost” nerds emerging from the theater days later, rubbing their eyes and yelling “WE HAVE TO GO BACK!” Get the full post here. 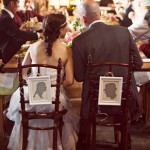 Styleite has an interview with wedding blogger extraordinaire Abby Larson, whose website Style By Me has up to 6 million monthly viewers. Larson is one of the most prolific wedding bloggers out there, treating her viewers to photos, do-it-yourself projects and all manner of wedding-related insider info. In her interview with “The Inside Source’s” Lexi Green she talks about her personal design aesthetic, favorite wedding trends and finding unlikely inspiration on eBay. Read the full interview and get a link to Larson’s site here. 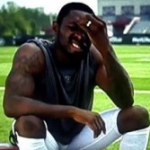 Sportsgrid has the, uh, eye-rolling story of Antonio Cromartie, one of the stars of this season of HBO’s “Hard Knocks.” Cromartie became a bit of an internet celebrity when a clip of him struggling to name his eight children went viral on YouTube. Though the story is a funny bit of fluff on the surface, Cromartie is an example of the lengths the public will go to forgive professional athletes (and other celebrities) of their faults. Is that tendency good or bad? Who can say? Although I’m sure that some of Cromartie’s forgotten children might have some thoughts on the matter…to read the full post, click here. 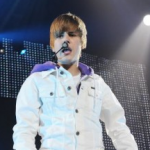 BREAKING: Gossip Cop brings word that Justin Beiber, after a heroic battle with an undisclosed illness, is back from the brink of death and ready to rock some preteen girls’ faces off. He was forced to cancel a show at the New York State Fair, but posted that he was ready to “fill the streets of NYC” when he performs in Madison Square Garden. One can’t help but wonder — what are the odds that Bieber just wanted to get out of performing at the fair? All that time outdoors can’t be good for his hair. To get the full post, click here.