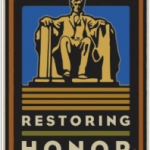 Mediaite has a story on news coverage of Glenn Beck’s hotly anticipated “Restoring Honor” rally, set to take place tomorrow at the Lincoln Memorial. Keith Olbermann has recently taken FOX News to task for failing to uphold their promise not to promote Beck’s rally, as the man in question has appeared all over the network hyping the event. But is FOX really the worst offender? Using Mediaite’s handy chart one can easily see that another network has been discussing the rally an awful lot…and it isn’t FOX. To read the full post and see the chart, click here. 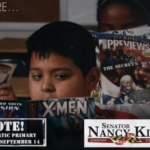 Geekosystem brings you more regional election craziness! Nancy King, who is running for State Senator in Maryland, has sent out a mailer predicting that the American education crisis is going to lead to…more kids reading comic books. Naturally, some productive adult members of society who also happen to enjoy a good old-fashioned comic book every so often found this offensive…which makes sense, since (as implied by the phrase “old-fashioned”) comic books have been around for over half a century. Comic artist Dean Trippe fired back, saying “the policies that have damaged our educational system always come from those who haven’t set foot in a classroom in decades.” Preach! Get the full post here. 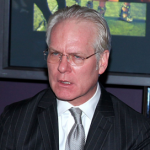 No. Way. Styleite reports that last night on “Project Runway,” legendary friend to designers and all-around delightful human being Tim Gunn got angry. The catalyst for his anger was contestant Gretchen, who browbeat her fellow team members into submission during a group challenge. Now she has the dubious honor of being quite possibly the only person in the world irritating enough to make Tim Gunn mad, which, you know, is really saying something. For a recap of the rest of the episode and to see a photo of Tim’s best angry face, click here. 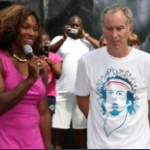 On Sportsgrid today: noted feminist and friend to women everywhere, John McEnroe, is once again in the national spotlight as the U.S. Open commences on Monday. McEnroe had some interesting thoughts to share on the competition, namely that he believed “too much” was being asked of the female players. He argued in an interview that they should be required to compete in fewer events. This is a good point, as it would be detrimental to the sport of tennis to have angry players snap under the pressure and have total meltdowns on the court…you know, like John McEnroe is famous for doing. J’accuse, McEnroe! To read more of the interview, click here. 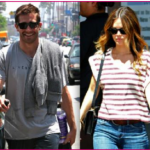 Oh Perez, you’ve done it again: Gossip Cop clears up a rumor that Jake Gyllenhaal and Rachel Bilson are now an item. Gyllenhaal, of course, made recent headlines when his relationship with Reese Witherspoon ended, while Bilson broke her engagement to Star Wars actor Hayden Christiansen a few months ago. While Perez was eager to dub them a hot new couple, Gossip Cop used a novel strategy and called Gyllenhaal’s rep for comment. No dice! To revel more fully in Perez’s wrongness, click here.