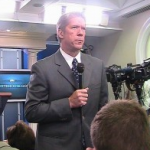 Mediaite has an interview with FOX News’s Major Garrett, who is leaving the channel to write for National Journal. It’s a curious career move, as journalists generally tend to move from print to television and stay there. Garrett gives Mediaite’s Steve Krakauer some soundbite-ariffic answers to his questions, especially where his opinion on the FOX News/Obama White House “war” is concerned. On other topics, though, he is surprisingly candid — he seems excited about the new opportunities available to him at National Journal, and eager to make the switch from TV to print. To read the rest of the interview, click here. 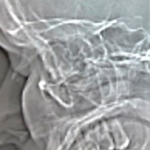 File this under “New Things To Worry About”: Geekosystem has the story of a man who discovered he had been shot in the head…five years after the fact. While at a doctor’s appointment for a check-up, a lump on the back of his head was discovered, which turned out to be a bullet. How did this man not remember such a traumatic incident? Well, naturally, he was drunk at the time. Most likely the gun was fired by a fellow wasted reveler, but still — remind me never to go to the same parties as that guy. Read the full post and see his X-Ray (yuck!) here.

On Styleite today: Fourteen-year-old fashion blogger Tavi Gevinson pulls a Suri Cruise and puts her own fledgling stylist skills to work on an actual editorial shoot for BlackBook magazine. Tavi is a well-known presence on the internet, but hasn’t done much styling work yet — which might have something to do with her being the same age as the average eighth grader. Still, the photos, taken with sixteen-year-old Christine Staub (daughter of infamous Real Housewife of New Jersey Danielle Staub), were impressive. To check out the photos and see some behind-the-scenes video footage of the shoot, click here. 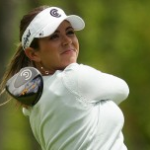 Sportsgrid has more on an already sad story: professional golfer Erica Blasberg, who died of asphyxiation earlier this summer, was also under the influence of multiple prescription drugs at the time of her death. Though it was ruled a suicide, the presence of those drugs raises further questions about the circumstances of her death. Blasberg’s doctor, Thomas Hess, was the one to make the 911 call — and in addition to faces charges for tampering with the crime scene, he is rumored to have had a romantic relationship with Blasberg. The more information that leaks regarding this case, the more unsavory he seems…read the full post here. 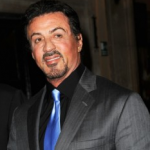 Another day, another unstable weirdo trying to break into a celebrity’s house: this time, Gossip Cop reports, the victim is “Expendables” star Sylvester Stallone. Unlike Paris Hilton’s visitor, this man appears to have had no ill will towards Stallone — he reportedly snuck onto his property hoping to meet the actor. He was arrested and is still being held on $2,500 bail. Jeez, guys, can’t you just write a creepy letter? Sly and Paris are people too! Stay off their lawns! Read the full post here.