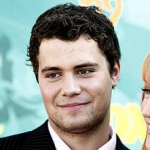 Mediaite has the latest bizarre twist in the saga of Levi Johnston. Johnston, possibly the country’s most famous single father, has filed a letter of intent to run for office in Wasilla, Alaska. There is broad speculation that Johnston is going to make a bid to be Wasilla’s next mayor — after all, as Levi surely knows, the gig has proven to be a good jumping-off point for national campaigns and zillion-dollar speaking engagements. This news also comes amid rumors of Johnston landing a reality TV show, which also comes mere weeks after he and estranged girlfriend Bristol Palin reconciled, became engaged, and called the whole thing off. Given his track record, who knows if he’ll change his mind about his political aspirations? Read the full post here. 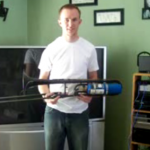 On Geekosystem today: just as a thousand monkeys with a thousand typewriters will supposedly end up writing King Lear, the inevitable “Flamethrower Trombone” clip has appeared on YouTube at last. Jonathan Crawford is the enterprising trombone player in question, whose flame-throwing instrument is bound to bring him some kind of fame just as surely as it seems bound to eventually explode. As of now, however, the clip of Crawford has just over 34,000 views on YouTube. …So, worth it? Read the post, watch the clip, and see for yourself here. 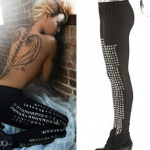 Styleite has a fashion controversy over leggings that doesn’t involve Lindsay Lohan! Unfortunately, it’s Beyoncé who has come under fire this time for allegedly copying the design of a pair of studded black leggings for her brand Dereon. An Icelandic clothing brand called E-Label has accused her of copying their design after buying a pair of their leggings at TopShop last year. Styleite has a detailed analysis of the two pairs, concluding that while they’re not exactly alike, they are still perhaps too similar for the incident to be purely coincidental. Oh Beyoncé — if we can’t trust you, who can we count on? Check out the full post here. 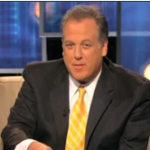 Sportsgrid excoriates The YES Network for its fawning treatment of Roger Clemens and unwillingness to address his recent perjury scandal. Michael Kay and Ken Singleton, who were the announcers for Sunday’s Yankees/Mariners game, dragged their feet in addressing the issue at all. When they finally did, they were rather sympathetic to Clemens’s plight. But who wouldn’t feel a twinge of pity for a professional baseball player accused of cheating in his testimony about using performance enhancing drugs to cheat at baseball? Read the post here, and if you’re so inclined, take up author Tim Baysinger’s invitation to mock Michael Kay via Twitter! 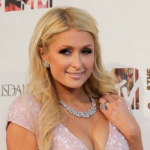 Gossip Cop confirms a rumor that Paris Hilton must wish was untrue: Nathan Lee Parada has been arrested after he reportedly trespassed on Hilton’s property carrying a number of knives with him. The socialite was awoken Tuesday morning when Parada attempted to break into her house. Naturally, she tweeted about the incident, writing that the ordeal was “so scary.” All kidding aside, it’s lucky that the police arrested Parada before he was able to inflict real harm. Stay safe, Paris! Read the full post here.