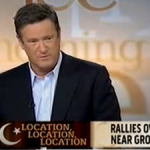 The “Ground Zero Mosque” debate has caused prominent figures in both parties to align themselves on surprising sides of the ideological divide. Mediaite has the latest example — FOX News’s Joe Scarborough has issued a passionate plea to his own party to “speak out against Newt Gingrich and the voices of hate.” His argument is a political one — he asserts that history will not be kind to opponents of the Park 51 project who also claim to value small government. Scarborough even went so far as to wonder aloud if the Republican party was for him after all. The plot thickens! Read the full post and see the Morning Joe clip here. 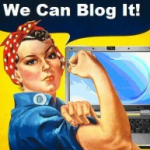 Bad news for bloggers in Philadelphia: Geekosystem covers a Philadelphia City Paper article on a recent crackdown from the city government. Bloggers in Philly have been receiving letters requesting that they pay $300 for a business privilege license. Philadelphia’s laws mandate privilege licenses for all businesses that participate in “activity for profit,” which unfortunately extends even to webpages with empty spaces for displaying ads, since those have “[the] potential…to be lucrative.” Small-time bloggers aren’t usually the type to take to the streets in protest, but this does seem a little bit beyond the pale. Read the full post here and decide for yourself! 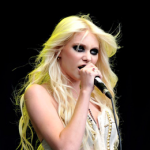 Styleite has Taylor Momsen’s, uh, clarification regarding an insult she hurled at Rihanna about the pop star’s penchant for leather jackets. Momsen told T4 “I was arguing the difference between rock versus pop and that it’s a very pop-oriented world at the moment, and that there is no rock and that people who dress or have guitars in their music, you know, audiences, that’s the closest thing they have to rock right now.” Clear as mud, right? Momsen seems awfully assured in her role as a rock goddess, despite being best know for playing little Jenny Humphrey on “Gossip Girl” just three months ago. Get the rest of her side of the story here. 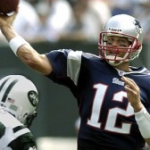 Sportsgrid has a rare moment of honesty from a public figure: Tom Brady, when asked for his thoughts on HBO’s “Hard Knocks,” said that his hatred of the Jets prevents him from supporting the show! The program follows a different NFL team each season, focusing on drama behind the scenes and rookie players’ struggles to get acclimated to the world of professional sports. Brady’s candid answer is sure to engender resentment from…well, probably the same people who hated him in the first place. But an opportunity to settle the score is less than a month away — the Jets are slated to play the Patriots in New York on September 19. Read the full post here. 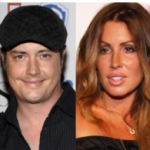 Gossip Cop has an exclusive interview with Rachel Uchitel, alleged mistress of Tiger Woods and recent “Celebrity Rehab” cast member. She was responding to a mischievous item from RadarOnline, which hinted that Uchitel might be romantically involved with fellow “Celebrity Rehab” alum Jeremy London, who is also married. Uchitel was unequivocal in denying the affair with London and blasting London’s wife, Melissa, with whom the rumors originated. “It’s her loss,” Uchitel told Gossip Cop in her trademark polarizing manner. Read the full, exclusive interview here.