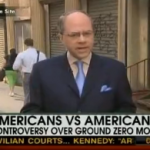 Mediaite has video of Fox News’ Peter Johnson, Jr., who took a trip to the “Ground Zero Mosque” site to issue a heartfelt plea that American Muslims “give up their rights” in order to placate the concerns of those opposed to the Park 51 project. Although he began somewhat reasonably, calling for a compromise that wouldn’t reopen the nine-year-old wound that is the World Trade Center attacks, he lost it towards the end, reminding viewers that in times of crisis, “Great Americans” sacrifice their rights…to help their fellow Americans? This promises to be just about as confusing as the rest of the “Ground Zero Mosque” debate has been. Watch the full clip here. 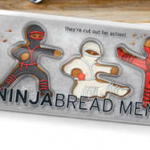 Well, these are just plain awesome: Geekosystem has the info on a Ninjabread Men cookie cutter set, which allows you to create scrumptious ninja cookies in various threatening martial arts stances. Just think — instead of making regular, boring gingerbread men this holiday season, you can terrify your grandmother with a tin full of tasty little assassins bent on total annihilation! Click to read the full post, and get the scoop on how to build your very own delicious army, here. 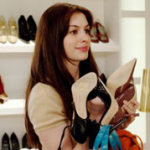 Styleite has a Daily Mail interview with Lauren Weisberger, infamous author of The Devil Wears Prada. Years after the release of both the book and the movie of the same name, it is still heralded as the ultimate crummy job tale, and Weisberger is viewed as somewhat of a hero for going public with the story of her demanding boss. Weisberger shared some of the differences between her own experience and the plot of the movie, but she also has another book, Last Night at Chateau Marmont, coming out this week. Will she be able to replicate her prior success? And will there ever be another villain as compelling as Miranda Priestley? Read the interview here. 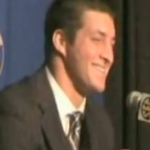 Sportsgrid has the ridiculous, but alas not unsurprising, news that a radio station in Orlando has begun a campaign to get NFL star and über-Christian Tim Tebow laid. Sure. One of the station’s employees, a girl named Tiffany, has nominated herself for the job, saying “You have until September 12th, and then your virginity is mine.” That’s…a little scary, no? Tebow doesn’t seem shy about his plans to wait until marriage, but will his resolve falter in the face of the station’s “Countdown 2 Impurity”? (Oh, boy.) Get the full post here. 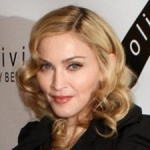 Gossip Cop debunks a rumor that Madonna was offered $1 billion dollars to do a five-year residency in Las Vegas, à la Celine Dion. This would mean that during those five years, Madge’s annual salary would be $200 million dollars! A rep for the singer confirmed that this offer was never on the table, but the lady herself has to be a little bit bummed that there wasn’t any truth to it. Read the full post, and wish a pox on the rumormongers at Hollyscoop who originally ran with the story, here.