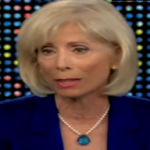 Today Mediaite has video of Dr. Laura Schlessinger on Larry King Live announcing her retirement from radio after she repeatedly used the N-word during a call on her show. Schlessinger faced sharp criticism from media watchdog groups and even had several sponsors distance themselves from her remarks, with Motel 6 going so far as to cease advertising on her show altogether. Dr. Laura explained to King that she felt her First Amendment rights had been violated during the whole debacle, and she is quitting radio in order to focus on writing books and giving advice online…or in order to shield herself from well-deserved, embarrassing criticism. Tomato, tomahto. Watch the clip here. 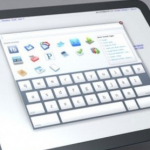 Geekosystem has the scoop on Google’s Chrome OS tablet, set to be released on November 26 — otherwise known as the biggest shopping day of the year. The draw of the Chrome tablet, which requires a Verizon data contract, is that it will supposedly be much less expensive than the other super-cool futuristic tablet released this year. Anticipation for the Chrome tablet is pretty high — among other things, it promises to have a large screen and 32 GB of Flash storage. Will it be enough to compete with the iPad juggernaut? Black Friday this year will be high noon in the tech world. Read the post here. 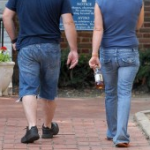 On Styleite today: apparently judges around the country have had it with sloppy courtroom attire. From T-shirts with offensive slogans, to flip flops, to jeans, there have been cases of judges issuing fines and even jail time for inappropriate clothing. Though restrictions already exist to prevent gang-affiliated clothing from being worn in court, it seems these judges have had it with people who can’t be bothered to dress up to appear before them. And really, given that one man repeatedly showed up to court in a clown costume, can you blame them? Get the full post here. 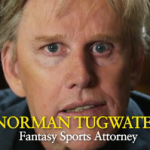 Sportsgrid brings you a Vitamin Water commercial starring Adrian Peterson, Shaquille O’Neal, and Gary Busey. Yes, that Gary Busey. The cheeky ad features Busey as “Norman Tugwater: Fantasy Sports Attorney” and features lots of law firm commercial clichés as well as Gary Busey’s special brand of “acting.” Although just about every company on earth releases ads that aspire to go viral these days, it takes a special kind of bravery to cast the volatile Busey as your lead. It’s nice to see that he’s getting some work! See the ad here. 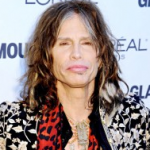 Gossip Cop reports that Aerosmith’s Steven Tyler has inked a deal to appear as a judge on “American Idol.” He joins a list of other celebrities, including Jennifer Lopez, who are being considered to fill spots on the panel recently vacated by Paula Abdul, Simon Cowell and Ellen DeGeneres. The new emphasis on celebrity judges is indicative of significant changes in the show’s format — though whether Tyler will prove to be useful or entertaining, and whether the show can survive at all without a Simon, is anyone’s guess. Read the post here.