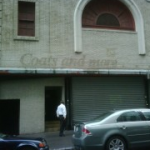 Mediaite has a tongue-in-cheek but still poignant slideshow of the property where the inflammatorily named “Ground Zero Mosque” has been cleared for construction. As is made clear by the candid shots of Park 51, and in photos from the corner of Park and Church Street, what is so often lost in the debate is that Ground Zero is right next to restaurants, traffic, and busy people headed to work at all hours. The hysteria surrounding the proposed construction — often originating with people who don’t live in New York at all — highlights the need to recognize that Ground Zero is part of a city whose identity is richer and more complex than simply being the site of the 9/11 attacks. Read the post and view the slideshow here. 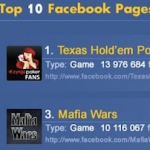 On Geekosystem today: a fascinating infographic about Facebook usage around the world. The graphic contains a staggering amount of information, including the bombshell that 5 billion pieces of content (that’s photos, news articles, blog posts, etc.) are shared on Facebook each week. The average user has 130 friends and spends around 55 minutes on the site per day, and 70% of users live outside the United States. Even with such a large percentage of international users, however, the hottest topics on the site are still very American — Texas Hold ‘Em Poker, Michael Jackson, and (duh) Twilight occupy 3 of the top 10 spots. Take a look at the whole graphic here. 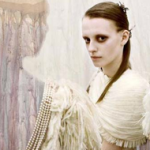 Styleite has big news about the controversial Rodarte/MAC makeup line that was inspired by the residents of Ciudad Juárez in Mexico. Although they had tried to quell the controversy earlier by promising to donate proceeds from the line to humanitarian groups dedicated to helping the people of Juárez, the public outcry was still such that they’ve decided to refrain from shipping the makeup to stores altogether. Though both companies thanked their customers for making them aware of the issue, it has to sting that they won’t be able to make the collection available at all. Check out the full article here.

Sportsgrid has the story of a high school football team in Dearborn, Michigan, whose players are mostly Muslim. These students must abstain from eating and drinking during daylight hours for the month of Ramadan, but are still required to practice. In order to avoid coupling their strenuous athletic activity with a lack of food, the team holds their practices from 11pm until 4am so that they can eat and drink before and after playing. They had to obtain permission to practice at night from the school, their parents, and local police, and it’s a testament to their dedication to both their sport and their faith that they’ve found a solution. Read the full post here. 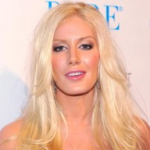 And a story that only grows more macabre — Gossip Cop reports that Dr. Frank Ryan, the man responsible for Heidi Montag’s unbelievable 10 plastic surgeries, was killed in a car accident in California yesterday. The doctor’s Jeep went over the edge of the Pacific Coast Highway, and he was pronounced dead at the scene. It’s a tragic turn in a saga that was already deeply absurd, and whose insanity was only highlighted by Montag giving her condolences to the doctor’s friends and family via her Twitter feed. Get the post here.