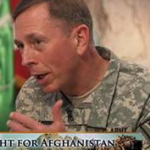 Mediaite covers General Petraeus’s recent, depressing appearance on Meet the Press and his interview in The New York Times. He paints a bleak picture: Afghanistan is far from being even “good enough” to evacuate, despite President Obama’s promise to do so beginning July 2011, and, as ever, no one has the slightest clue where on earth Osama bin Laden is. Read about it, and see video of the Meet the Press interview, here. 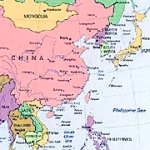 Today on Geekosystem: utterly unsurprisingly, China has unseated Japan as the second-largest economy in the world. China has been enjoying rapid, massive economic growth for three decades running, and it looks likely that they’ll hold on to the top spot for the rest of the year. The New York Times cites experts who believe that the U.S. only has a few decades of world domination left to enjoy — China is forecasted to take the number one spot as early as 2030. They’re coming for us! Read the full article here. 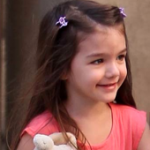 On Styleite today — Suri Cruise, well on her way to becoming Ruler of the Universe, is trying her hand at designing her own clothes! Mom Katie Holmes tells New York Magazine that the precocious four-year-old has strong opinions about what both she and her mother wear, making specific alteration requests and approving Katie’s outfits for public appearances. The girl is going to have her mid-life crisis at 16, but it’s impressive nonetheless! Get the full article here.

And on SportsGrid: who would’ve thought? The PGA Championship this year was apparently a real nail-biter. Martin Kaymer clinched the title in a playoff, but his victory was somewhat tainted by a controversy over Dustin Johnson’s ousting after he rested his club on the ground before taking a shot. Seriously. Get the full story, and see video coverage, here. 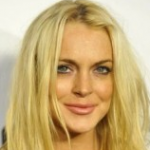 Gossip Cop reports that, despite accounts of drug abuse and crazy behavior serious enough to merit jail time, Lindsay Lohan’s doctors at UCLA Neuropsychiatric Hospital do not believe her drug dependency is as serious as it initially appeared. Given their findings, Lohan could be a free woman this week! Her departure from the facility is still dependent on a judge’s approval, and her lawyer plans to use the report to argue for her early release. Read the post here.