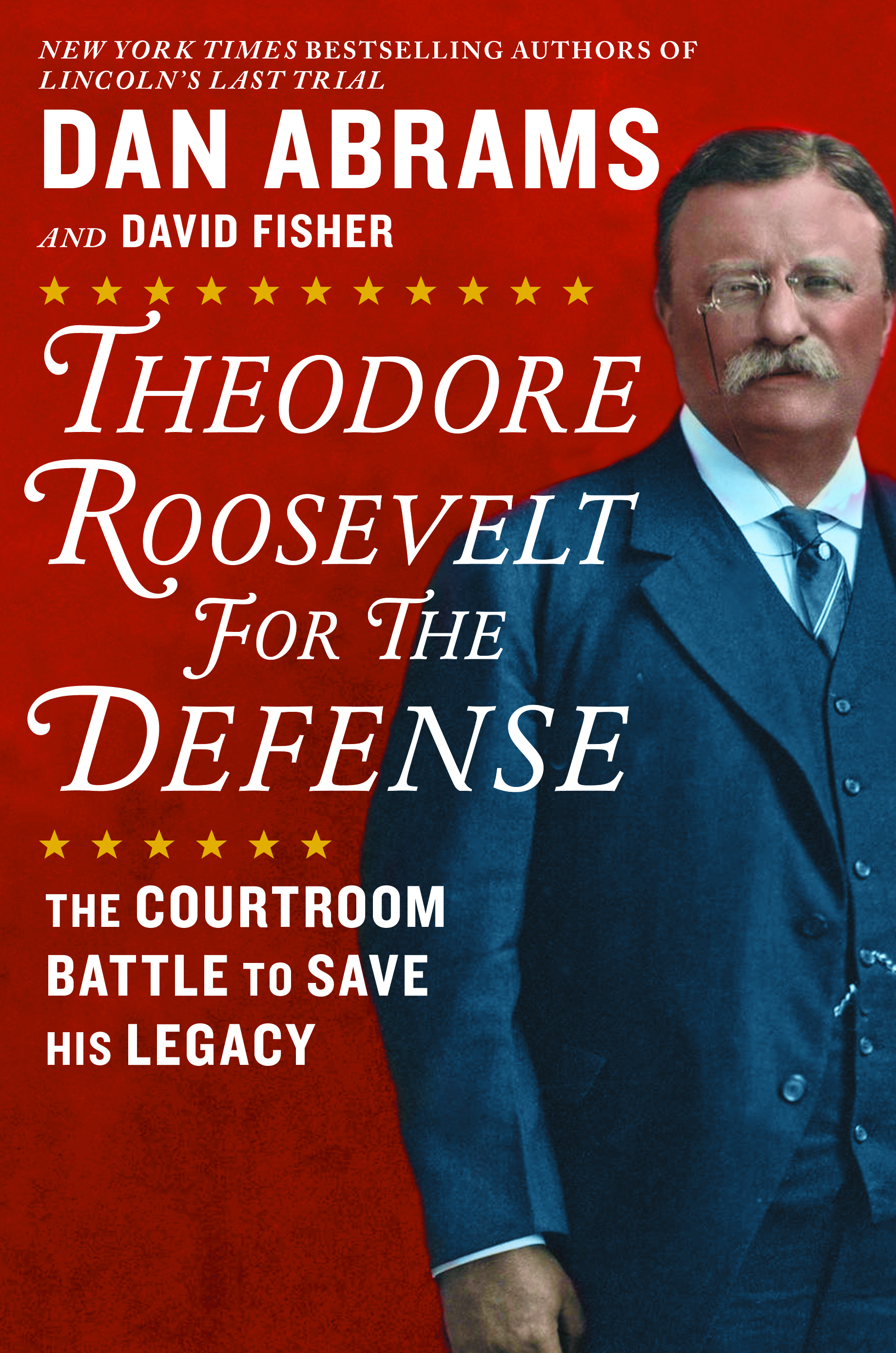 24 May “Theodore Roosevelt for the Defense” Releases to Rave Reviews

Theodore Roosevelt for the Defense: The Courtroom Battle to Save His Legacy was published this week to high praise from critics at NPR, Publisher’s Weekly, and The New York Journal of Books. The book centers around a hundred-year-old “trial of the century.” Dan Abrams and David Fisher use parts of the trial’s transcripts to create a compelling story. The New York Journal of Books says it reads “like a blow-by-blow radio account of a prizefight between two heavyweights, although the arena is a courtroom, not a boxing ring.”

While true crime novels are exploding in popularity, Abrams and Fisher venture into uncharted waters with a case that involves no murder, maiming, or likewise morbid indulgence. NPR reviewed the book and remarked that “it’s difficult to turn a civil trial into a gripping narrative, but Abrams and Fisher do just that…the authors do an excellent job providing the context of the case, deftly explaining the political ‘boss system’ that controlled New York at the time and charting Roosevelt’s political evolution from rock-ribbed Republican to progressive independent.”

Abrams’ prowess in the legal world and extensive experience analyzing the most important cases involving law and politics influences his writing style. According to NPR, the co-authors are “gifted writers, and their prose is neither overly spare nor showy; they’re clearly fascinated by the trial, and their enthusiasm for their subject matter shows.”

Chief U.S. District Judge Colleen McMahon describes the trial as “brought vividly to life by Abrams and Fisher, whose research led them through both the trial transcript and copious press coverage of the event. Abrams has a law degree from Columbia University, but he approaches the trial like the Court TV reporter he used to be — which is consistent with how the journalists of the day covered the story.”

And for those not typically enthralled by legal cases long over, Publisher’s Weekly believes “many of the questions the trial raised about the effects of money in politics, the dangers of blind allegiance to party politics, and oversize corporate political influence will resonate with contemporary readers.”

The instant New York Times bestselling authors of Lincoln’s Last Trial, Dan Abrams and David Fisher return with Theodore Roosevelt for the Defense to tell the largely forgotten story of the 1915 trial where the former president was sued for libel. Theodore “Teddy” Roosevelt, the boisterous and mostly beloved legendary American hero, accused his former friend and ally, now turned rival, Republican Party leader William Barnes of political corruption. The furious Barnes responded by suing Roosevelt for an enormous sum that could have financially devastated him.